BY : Diego Gutiérrez | November Tue, 2015
According to Javier Ulicea, venture capital investments in Spain will reach €500M in 2015. The good prospects for investment in our country are being noted in the launch of new funds. Lanzame Capital, Endurance Partners, Uc Capital and Collins, are the protagonists of this November. 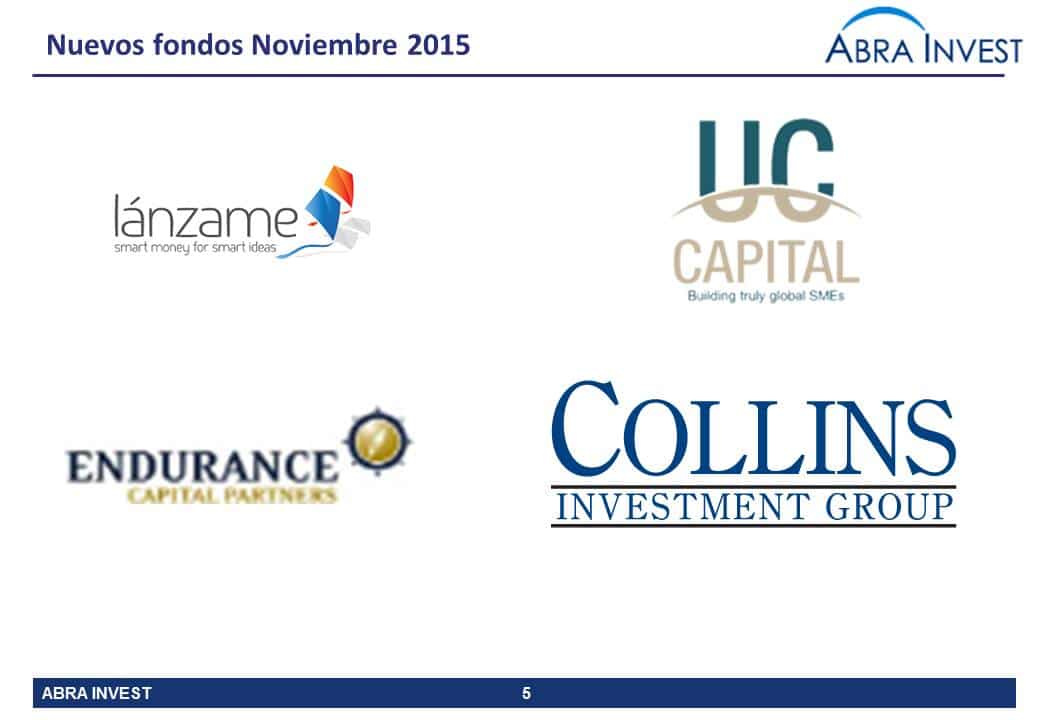 Lanzame Capital, which had already been investing in technology start-ups for more than 3 years, has decided to take the leap and set up a venture capital company.

The new vehicle is expected to be ready by the end of 2016.

"Lánzame capital was created in 2012 as the first pledge fund in Spain and has already made 14 investments, including such successful startups in our country as Kantox, Novicap y Arboribus"says Diego Gutierrez of Abra-invest.

Until now, Lánzame Capital has invested an average of around €100,000 in each project, but he estimates that with the new fund the investment ticket could rise to a range of between €125,000 and €200,000.

Endurance specialises in taking control of companies with liquidity problems, with the aim of restructuring them and relaunching their activity. As well as the acquisition of production units of companies in insolvency proceedings. It carried out its first operation in the summer of 2013 with the purchase of the business of the Catalan children's fashion company Canada House, and in December last year, it bought the jewellery and watch chain Oro Vivo.

Urdaneta Capital and Capvent Capital merge to create UC Capital, reinforcing their focus on the European SME sector and their ability to grow in emerging markets such as Asia.

UC Capital, whose priority markets will be Germany, Switzerland, Austria, France and Spain, will have offices in Zurich, Barcelona and Bangalore, where it plans to strengthen its staff.

Collins capital is born to invest in Spanish SMEs

A group of entrepreneurs has promoted Collins Capital de Desarrollo , a venture capital company that will be the first to be created for SMEs in Spain, whose objective is to invest in small firms. The committed capital is ten million euros, but the intention is to reach 15 million euros, according to the sources consulted.

Collins is the first venture capital company for SMEs authorised by the CNMV on 24 July. This figure "complementary, for example, to banking and the participation of family offices" was created on 28 February 2014 and its intention is to promote the financing of smaller companies.

If you are looking for financing, please contact us. AAbra-Invest has a team of experts in laternative financing at your disposal. Call + 34 946424142 or fill in the contact form.

Investment analysis in logistics fashion. The HUUB and Pathena