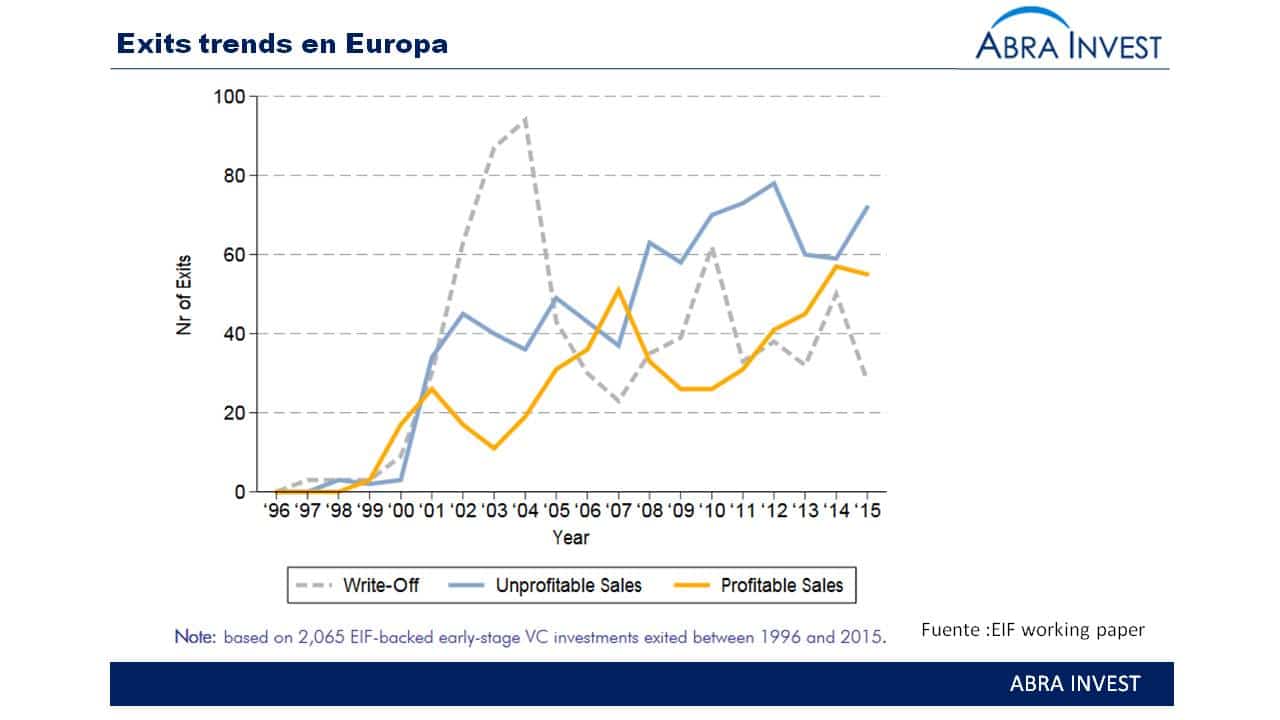 As we can see in the graph, the dotcom crisis (2001) and the European debt crisis (2009) had a negative impact, leading to a growth in write-offs, which generally affected all venture capital, irrespective of geography and sector. While it is true that the UK and Ireland are two regions that have been more sensitive to these crises. For example, 30% of the cancellations in these crises occurred in the UK.

It is logical that economic downturns affect exits, as venture capitalists want to maximise their return by selling when the valuation of the company is as high as possible. As we can see in the graph below, the average valuation of companies in the year 2000 experienced a fairly significant downturn caused by the dotcom crisis. 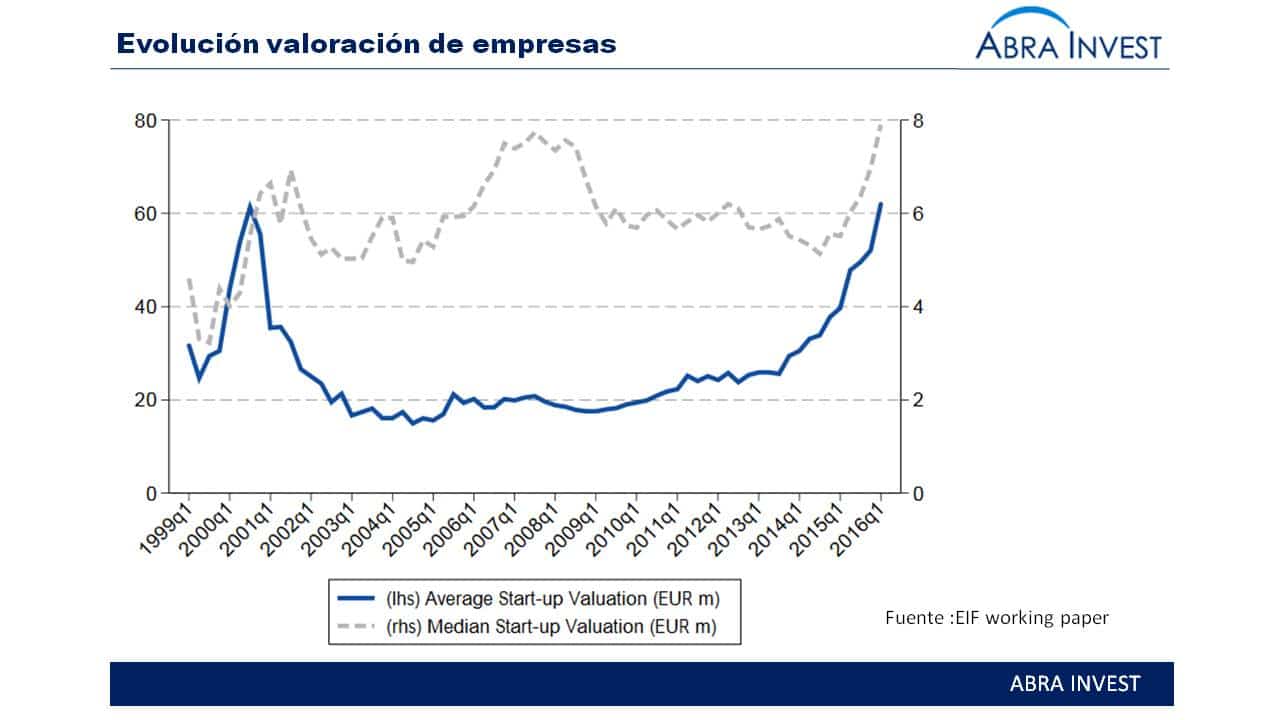 Spain has followed the same trend as Europe and, as we announced in a post some time ago, the number of divestments has also grown in recent years.

State of divestments in Spain 2016 according to Ascri

The market continues to offer good conditions for divestment: abundant liquidity and attractive valuations. One of the reasons for this slowdown in divestment is the volatility of the stock market.

The most used divestment mechanism (in terms of volume) was the "Sale to third parties"(49%) followed by "Sale on the Stock Exchange"(18%) and "Sale to another Private Equity entity"(15%).

Impairment recognition falls by 66% (€141Men 40 divestments) and is the lowest since the beginning of the crisis.

Download here the report on divestments made by the EIF