Venture capital in the aeronautics industry

BY : Diego Gutiérrez | November Tue, 2014
It seems that the aeronautics sector is slowly recovering and after a few years in which the participation of private equity in the sector had dropped considerably, this year 2014, although the participation is still low, two deals have been closed for an amount of €150M, a figure that far exceeds the amount raised by private equity in 2014. 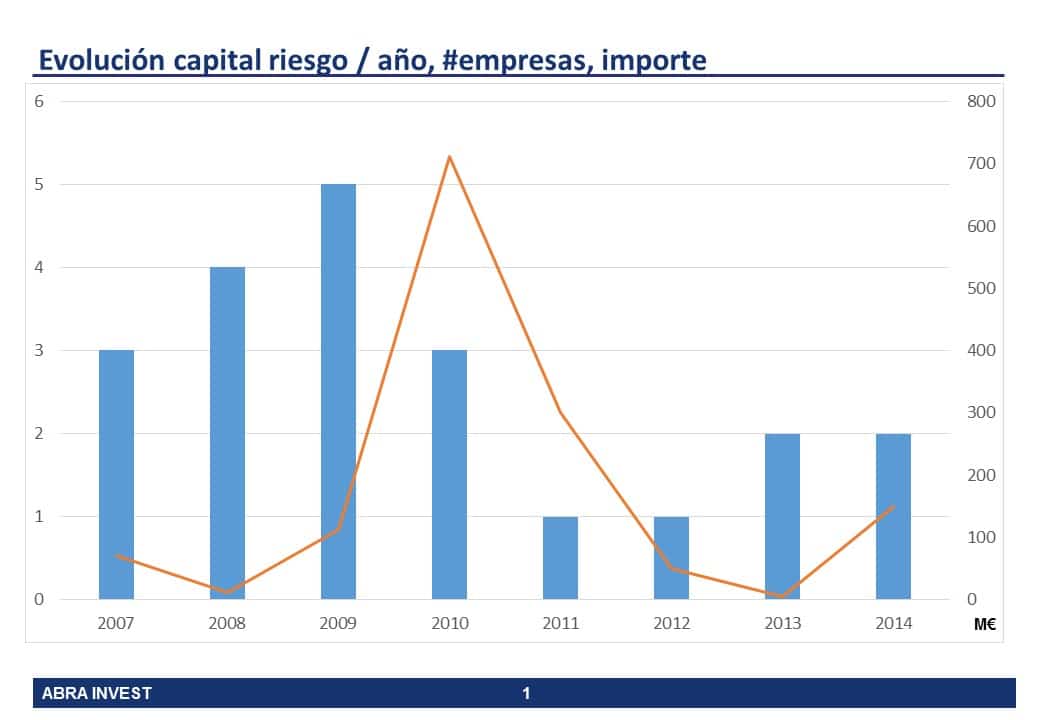 The Swiss fund Springwater acquired last April the 30% of Aernnova  for an amount of round 150m.

"Springwater is betting heavily on Spain, and in just a year and a half it has closed seven transactions, the latest of which was the purchase, together with Gowaiiof four divisions of Pullmantur a Royal CaribbeanSpringwater is currently investing heavily in the tourism and communications sector, but it is also interested in the engineering sector, so it could be a great opportunity for the aeronautical sector in Spain," says Diego Guiterrez of Springwater. Abra Invest. 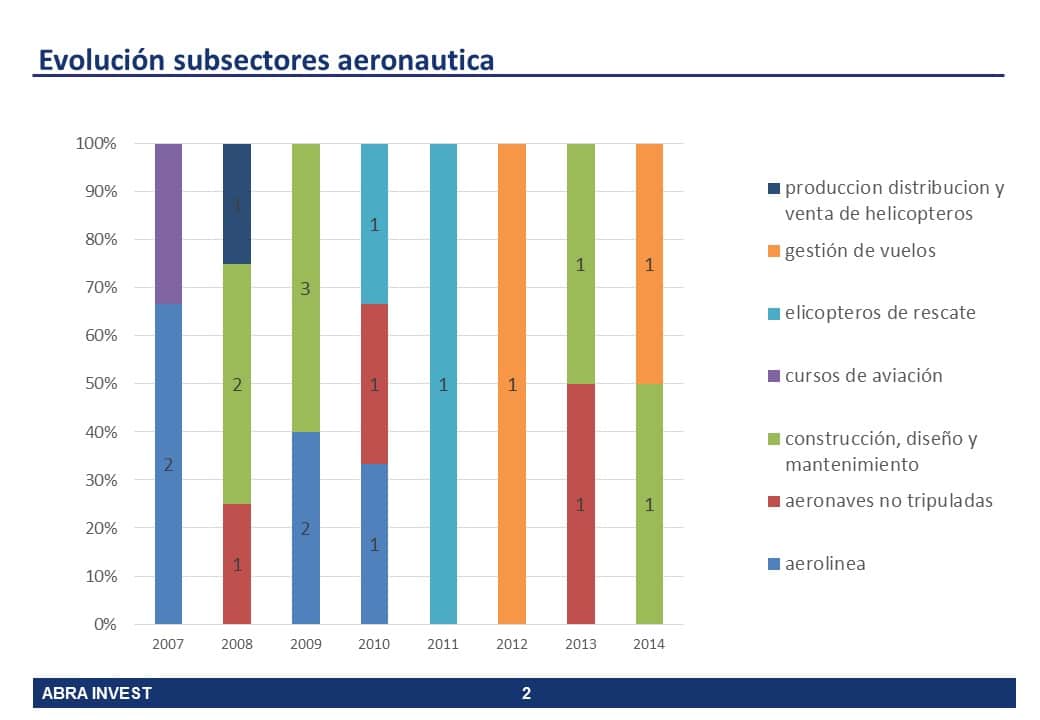 In the years from 2007 to 2009 the most active sectors were airlines and aircraft construction and design, but the crisis has taken a heavy toll on Spanish airlines and many of those companies that had been receiving funding in the period 2007-2009 went bankrupt.

The aircraft design and construction sector has also been affected by the crisis and investors preferred to invest in other sectors, perhaps less affected by the crisis or which have taken advantage of the circumstances of the crisis, such as Voloteaa search engine for cheap online travel which in 2012 received funding from CCMP Capital Advisors . In 2013, however, venture capital returned to aeronautical construction with Soprea's participation in Elimco, an expert in the integrated management of products such as automatic test systems, simulators, on-board wiring, cockpit control units, consoles and highly complex on-board equipment.

We are currently preparing a report on the current state of crowdfunding as an alternative means of financing. If you are interested in receiving this report, leave us your email address and we will send it to you once it has been prepared.