Ticketbits, a Spanish ticketing platform founded by Ander Michelena and Jon Uriarte in 2010, recorded gross revenues of €84M in 2015 and is present in more than 40 countries. 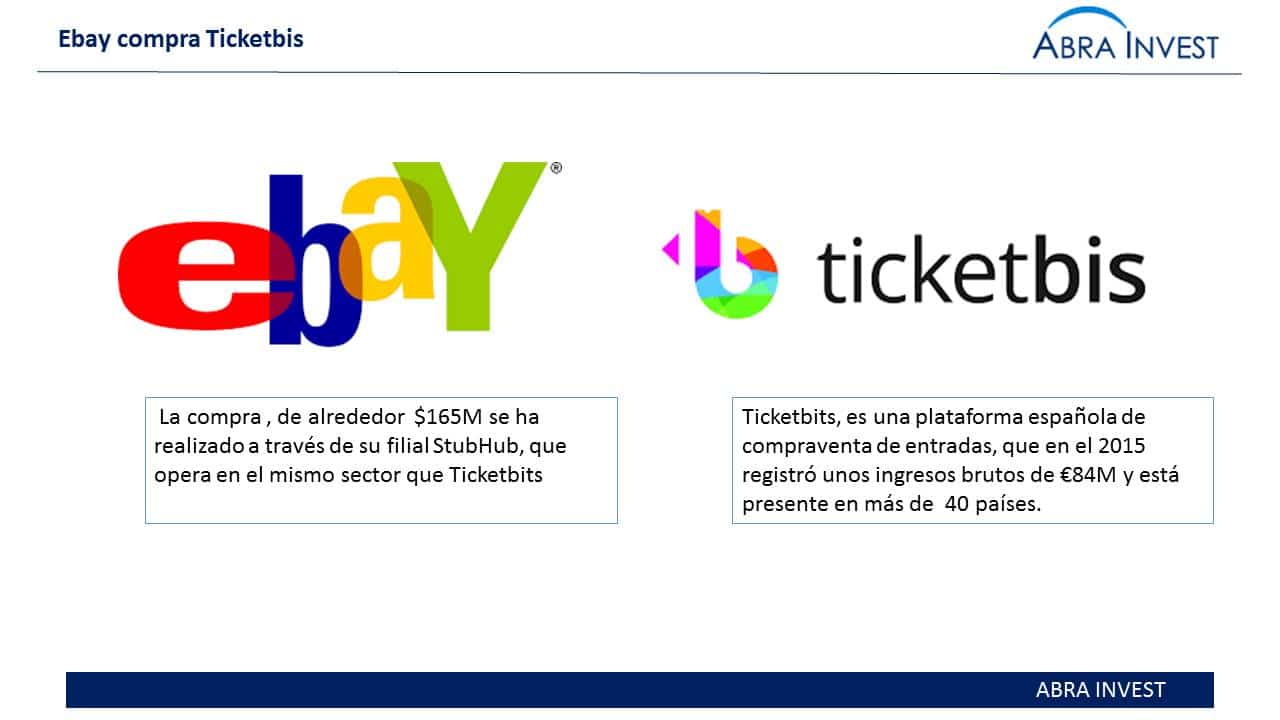 Yesterday it was announced that Ebay had bought Ticketbits The heads of Ticketbis, Jon Uriarte and Ander Michelena, will remain linked to Ticketbis.

In these six years, the startup has received funding from investors such as Active Venture Partners, Fabrice Grinda and José Marín for an amount of €26M.

Ticketbits stands out as one of the first companies to successfully export this online ticketing business model to regions in Southern Europe, Latin America and Asia.

Objective: To be the market leader in your sector

Ebay had already bought the startup in 2007. StubHubThe price of this acquisition was around $310M.

StubHub and Ticketbis form the perfect tandem. The Spanish platform, in fact, is a clone of the American platform. The Ebay subsidiary is strong in the US, Canada and the UK, while Ticketbis, present in 47 countries, is the leader in Spain, Portugal, Asia and South America, a market in which StubHub does not have much of a presence.

eBay has explained that the online secondary ticket market has been present in the United States for more than a decade. However, in many countries this type of business model is relatively new and unknown. Ticketbis is one of the first companies to successfully export this business model to regions in Southern Europe, Latin America and Asia, making it easier for users to attend events around the world.

Stubhub is committed to innovation

Purchases made on Ebay

Ebay has made more than 50 acquisitions since 1998. In 2016, in addition to Ticketbits, the company bought Expertmaker, which specialises in Artificial Intelligence and data analysis, and Cargigi, an advertising services provider.

If you are looking for financing, contact us. Abra-invest has a team of experts in alternative financing at your disposal, call us on + 34 946424142 or fill in the contact form.

NVent and its acquisitions