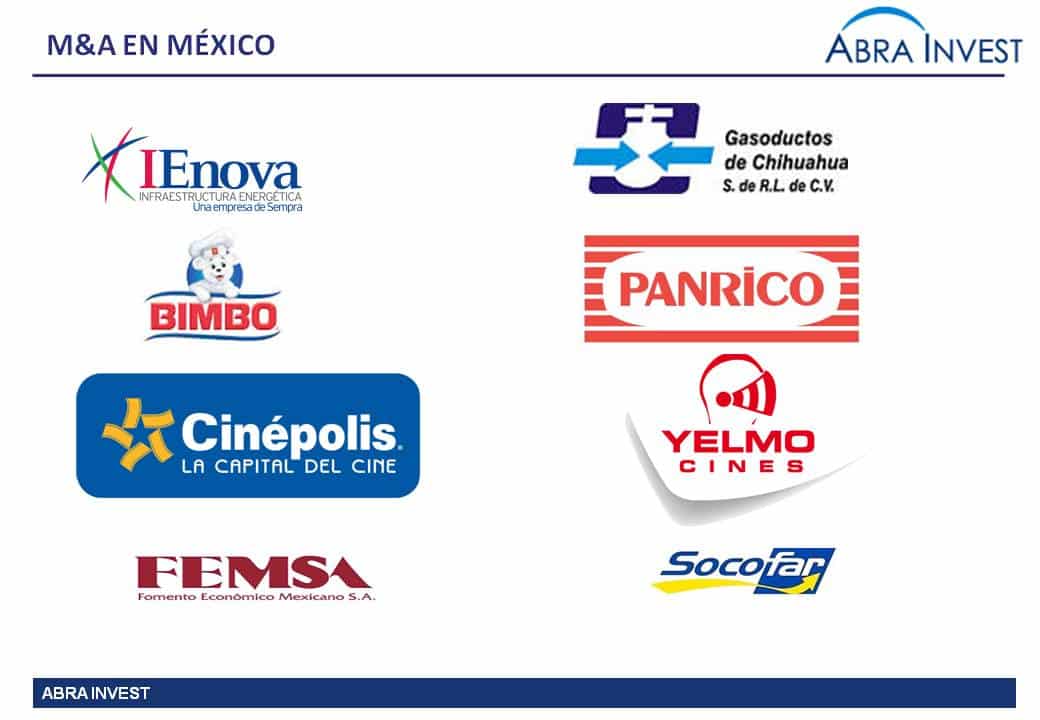 With this operation, Pemex reiterates its commitment to continue strengthening its finances by focusing on activities that generate greater value in the new context of the national energy industry.

In addition to the already well-publicised purchase of Panrico by Mexico's Bimbo in June, several operations have been carried out between Mexico and Spain.

In the last three years, Spain has increased its presence in the Aztec country, where it is already the third largest foreign investor, while Mexican investments in Spain have soared.

"To a large extent, Mexico's interest in Spain is due to the fact that Spain is considered a gateway to the EU and a platform for internationalisation in third markets", says Diego Gutierrez of Abra-Invest.

Cinépolis, one of Latin America's largest entertainment companies, announced in July the acquisition of Yelmo, Spain's second largest cinema chain. Cinépolis, which already has cinemas in several American and Asian countries (Mexico, Brazil, the United States and India, among others), intends to use Spain as a gateway to Europe, where it has ambitious expansion plans.

Spain is the third largest foreign investor in Mexico (18% of the total) after the US and the Netherlands There are more than 5,300 Spanish companies in Mexico, with important projects underway and some of them leaders in sectors such as finance, infrastructure, energy and tourism. These include Gas Natural, the main gas distributor, and BBVA-Bancomer, the country's leading bank.

Mexico is also investing in other Latin American companies. The Mexican company Femsa, for example, announced in August that it had signed an agreement to acquire 60 % of the shares of the Chilean group Socofar, operator of pharmacies and beauty shops. Femsa noted that this transaction will leverage its growing expertise in the pharmacy business, "acquiring control of a top-tier operator in the market with leading brands and attractive growth prospects in South America".

If you are looking for financing, please contact us. Abra-Invest has a team of experts in alternative financing at your disposal.

Iberoeka Spain-Mexico bilateral call of CDTI and CONACYT will be opened soon.