Bigfinity is an American Start Up, of Spanish origin and specialist in SaaS platforms for pharmaceutical and biotechnology industries, which has just sold part of its shares in a 15M$ round.

New investors include, among others, Atlantic Bridge or the investment vehicle of the multinational Honey Well.

For many years, the pharmaceutical industry has been very used to working on high margins, but, being regulated, it has never had much incentive to optimise.

However, the situation is changing, and this is reflected in the movements in the sector's corporate finances.

Bigfinity is an American Start Up based in San Francisco, but founded by Catalan entrepreneurs in 2014.

A cloud-based SaaS platform development company for the pharmaceutical and biotech industries that transforms manufacturing operations through the use of artificial intelligence and IoT technologies.. 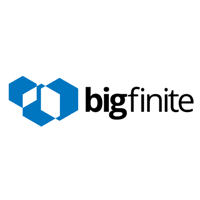 It has a system that captures all the data generated in the production of medicines through sensors and uploads it to the cloud.

Once there, its algorithms recommend the best ways to increase productivity.

The company is currently split into two companies:

At the forefront of the operation was the private equity fund Atlantic Bridge and the multinational's investment vehicle Honey Well.

In doing so, it will strengthen its sales team in the US and Europe, as well as its user experience through the creation of departments.

Above all, however, it will boost the commercialisation of its product and strengthen its position in the market.

In addition, the system will also be refined to meet the needs of each customer.

Already in 2007, it received €7.6M in a round led by the fund Crosslink Capital.

INVESTMENT OF THE ICF

Bigfinity is also the second operation of the ICF enture Tech II fund.

It made its debut in September with the acquisition of a stake in the Catalan biotech firm Vytrus Biotech for €500,000.

With a volume of €20m, its participation is a sign of Bigfinity's commitment to the Catalan economy.

OTHER SIMILAR OPERATIONS IN THE SECTOR

It wants to act as a catalyst in rare disease research and in the development of new, effective and safe medicines for rare diseases.

Recently, it has managed to capture 7M€ for growth in its second round of Series A funding.

Founded in 2017, this is a company Spin Off of the Catalan Institute of Cardiovascular Sciences (ICCC) and the Spanish National Research Council (CSIC).

Focused on the development of a new in vitro diagnostic device for myocardial ischaemia, Glycardial diagnostics has been able to lift 1.9M€ in its third financing round.