Cybersecurity is growing at a rate of 12% in Spain

The ciberemprende 2016 programme closed this week with the Venture Day, which was attended by a hundred investors, entrepreneurs and cybersecurity professionals. The winners of the programme were Techvolucion and Keynetic. But not only the acceleration programmes have been successful, this year we have detected large rounds in Spanish cybersecurity companies and acquisitions by international companies.

The winning projects of ciberemprende 2016, which have presented their projects to the investors, have been Techvolution and Keynetic.

Keynetic, a network security solution that allows to control access to services based on user/device identity.

Operations carried out in Spain in 2016

In October, Spanish company 4IQ received a $14M round. The company offers state security departments the ability to fuse data and documents from the internet, social media and the hidden web, as well as the ability to investigate subjects and targets, analyse relationships, collaborate on cases and produce intelligence that helps protect people, physical and digital assets, intellectual property and reputation.

The round has been led by international investment and will serve to accelerate 4iQ's product development and global expansion.

In addition to the rounds, we have also detected that foreign investors have been interested in the technology of Spanish companies and have decided to buy them, one example is Agnito, which was bought by Nuance. Agnito develops voice biometrics solutions focused on forensic applications implemented in real police laboratories. 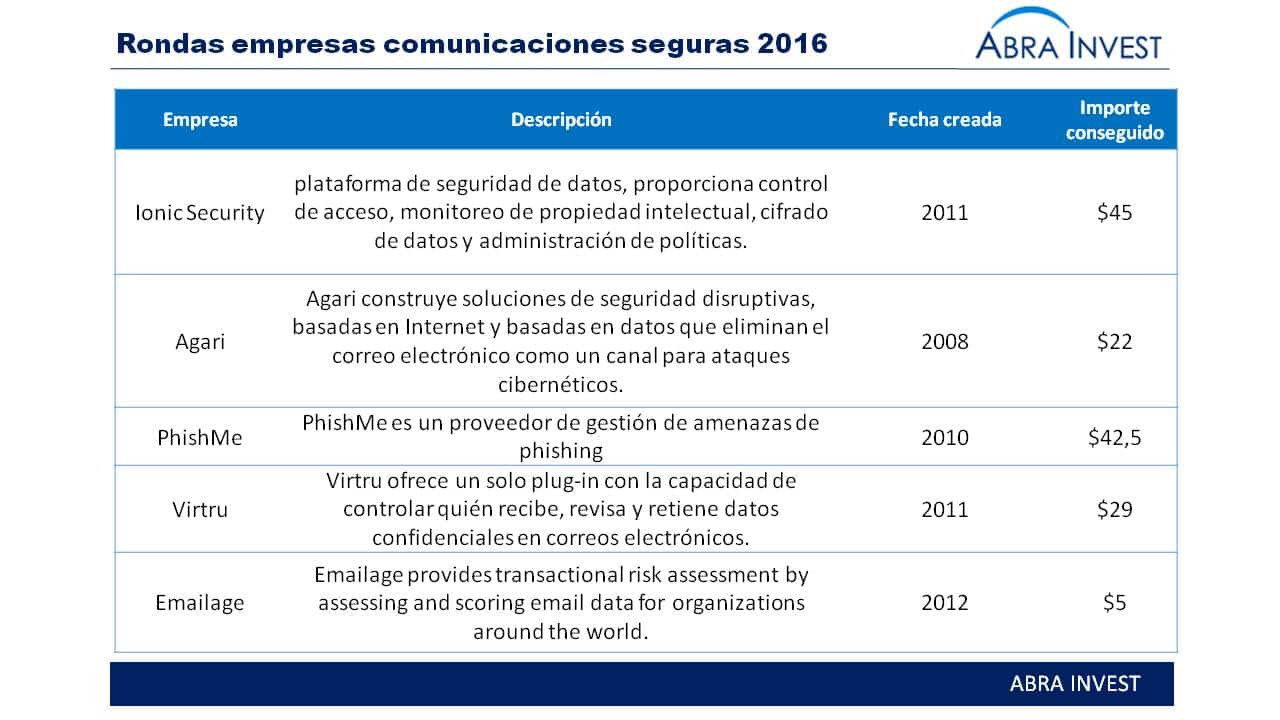 From our business unit Logic-fin heWe have conducted a global study on investment in the secure communications sector that we would like to share with you. What are you investing in, what new companies are coming to market, what acquisitions are being made in the sector? Fill in the contact form to find out.