GPF Capital, a private equity fund focused on Spanish SMEs, sells 85% of the shares of Acuntia, an ICT company, to Vinci Energies España. The remaining capital will remain in the hands of the company's senior management.

Acuntia is a Spanish company that offers ICT (Information and Communications Technology) solutions and services to large companies, telecommunications operators and public administration. 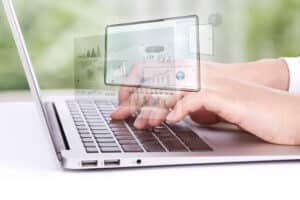 It carries out network architectures, security and mobility, video, IPTV and collaboration, virtualisation and datacenter. Its client portfolio includes companies as well as telecommunications operators and public organisations that are looking for long-lasting ICT solutions adapted to their business.

Thanks to its high level of specialisation and its broad portfolio of services, Acuntia has established itself as a leader in the Spanish ICT infrastructure market. The company is headquartered in Madrid and has offices in Barcelona, Bilbao, Valencia, Seville, A Coruña and Las Palmas. It has also carried out projects in countries in America, Europe, Asia and Africa.

With a turnover of €90M in 2016 and a workforce of around 340 people, Acuntia has been growing steadily since its founding in 1991, generating positive returns of around 10% EBITDA, with significant cash generation. All things being equal, the company is on track to reach €100M in sales in 2017.

Moreover, the acquisition of Acuntia in 2015 by GPF Capital has only consolidated the company's growth in terms of turnover, profitability and solvency.

GPF's first exit at Acuntia, acquired by Vinci Energies SpainThis is almost three times the investment made by GPF Capital in 2015. With this transaction, the private equity fund confirms the success of its investment model, based on identifying, acquiring and preparing Spanish SMEs for their subsequent sale to larger national or international strategic or financial groups.

The sale allows Acuntia to establish important synergies in sectors where Vinci has a strong presence, such as energy and industry. Acuntia perfectly complements the companies of Axians, the Vinci Energies Group's brand for the telecommunications sector, which provides a wide range of infrastructure and communications solutions and services.

Artá Capital buys the 60% from Satlink, a Spanish satellite telecommunications company for the maritime sector.

If you are looking for investors, you want to buy or selling a companyPlease contact us. Bakertilly has a team of experts in each area at your disposal. Call +34 946424142 or fill in the contact form.