GTA has acquired the technology, hotel distribution and inbound services division of MTS, with the aim of expanding its services in the beach and sun segment and growing in the Mediterranean. 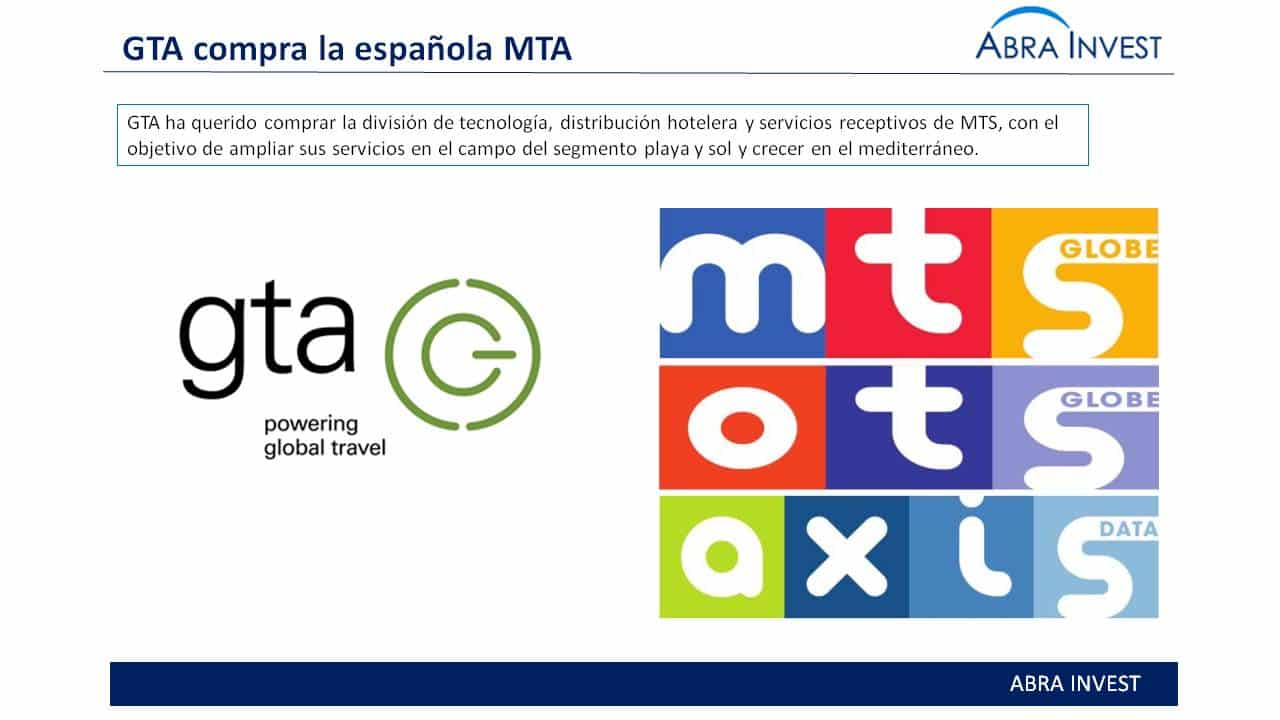 GTAfounded in the UK in 1975, sells package tours, restaurants and accommodation in more than 180 countries. Its portfolio includes more than 45,000 suppliers. It belonged to Travelport until 2011, when the Travelport group Kuoni bought GTA for €513M.

GTA has traditionally focused on city and long-haul destinations, positioning itself as one of the world's leading distributors of accommodation and destination services.

In 2015, MTS Globe  revamped its corporate image and its divisions were rebranded as MTS Globe (inbound and in-destination activities), OTS Globe (online hotel marketing) and Axis Data (technology). MTS, until now the largest independent incoming agency in Europe, has a presence in 15 countries and 65 destinations. It is headquartered in Palma de Mallorca and the hotel recruitment division is based in Switzerland.

In principle, both the brands and the current management of the acquired company will remain intact.

The two companies will have a combined turnover of about EUR2.000M per annum by GTA and €500M in the case of MTS. A turnover that they hope to multiply with this alliance. "The target is logically growth, much faster, and also a higher turnover.

"With this purchase, GTA, which is more focused on the long-distance and city tourism sector, manages to grow in the sun and beach sector, where it had already been trying to carve out a niche for itself for some time. In addition to its expansion in the Mediterranean area. GTA is taking steps to realise its vision of becoming the world's most agile travel distribution company to do business with. "Says Diego Gutierrez, corporate finance expert.

For its part, MTS, already positioned in the Mediterranean, will be able to make the leap, also through GTA, to long-haul destinations.

IT sector M&A in tourism: Amadeus leads the way in tourism purchases
If you are looking for investors or do you want to buy or sell a company, contact us. Abra-Invest has an expert team at your service. Call us on + 34 946424142 or fill in the contact form.