Spanish technology companies want to make the leap into the international market and to do so they are merging with each other to gain strength or are carrying out M&A operations with foreign companies. In April, in addition to the big purchase of Privalia by Vente Privée, we have seen other operations such as the merger between Wallapop and Letgo in the US or the purchase of the Spanish company HallStreet by TimeOut. 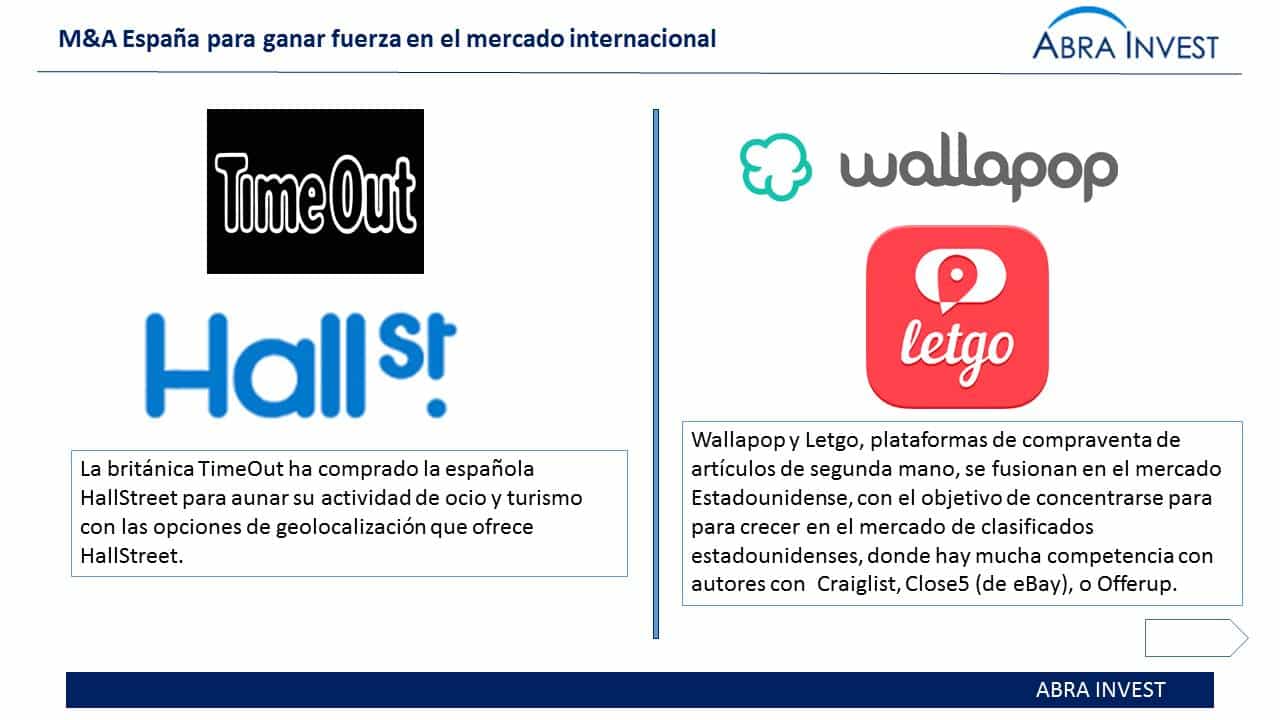 The British TimeOut has bought the Spanish company HallStreet to combine its leisure and tourism activity with the geolocation options offered by HallStreet.

Time Out is an app focused on the tourism sector, offering activities, plans or ideas to enjoy the best of each city. In 2011 Oakley Capital took an equity stake in TimeOut.

HallStreet, a Spanish company, uses geo-location to manage and plan holidays. It is a global event search engine where you can easily purchase or book tickets, hotels and restaurants anywhere in the world.

HallStreet has received several innovation awards for its work in constantly improving the rules of tourism and business travel. Simplification, a culture of error as a basis for learning and persistence are the foundations on which this start-up was born in 2011.

HallStreet started out as a kind of marketplace for reselling hotel rooms and gradually focused on the events sector and all the needs surrounding this type of event: tickets, accommodation, catering, etc.

Wallapop y LetgoThe two platforms for buying and selling second-hand goods are merging in the US market, with the aim of concentrating their efforts to grow in the US classifieds market, where there is a lot of competition with Craigslist authors, Close5 (from eBay), or Offerup.

Wallapop was founded at the end of 2013 by Agustín Gómez, Gerard Olivé and Miguel Vicente (Antai), and is owned by Caixa Capital RiscAtresmedia and Grupo Godó in media for equity. The funds Insight Venture and Accel Partners also entered, with an investment and a company valuation that some placed in the sphere of "1,000 million unicorns", but which has never been confirmed.

Letgo was founded in late 2014 by Alec Oxenford, Jordi Castelló and Enrique Linares, and a year later raised a $100 million round from South African media and technology group Naspers Limited. According to its website, it is based in Barcelona and New York and employs more than 80 people. Oxenford co-founded in 2006 in Argentina the classifieds platform OLX, which has 300 million users in 45 countries, and which was also acquired by Naspers.

If you would like to receive financing, please contact us. Abra-Invest has a team of experts in alternative financing at your disposal.

IT sector M&A in tourism: Amadeus leads the way in tourism purchases