The purchase of Groupalia and Offerum by Ofertix and La Nevera Roja by Just Eat that we have seen this week are a clear example that in the world of startups you have to know the right time to buy in order to win. Both the online discount market and the food delivery market boomed a few years ago, many startups were created, some of them who wanted to win, decided to grow through acquisitions, paying quite high prices, now these markets can no longer grow more and other startups buy these companies at a much lower price. 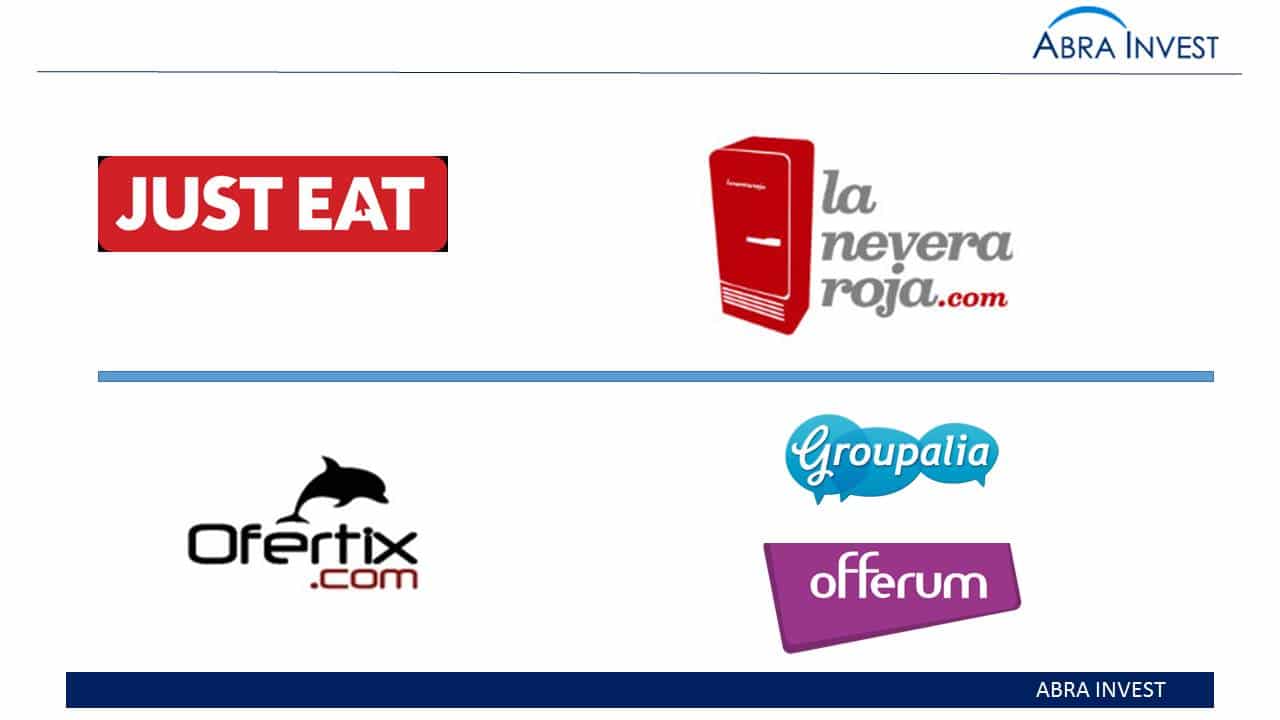 The purchase is part of an overall move between Just Eat and Rocket Internet, whereby Just Eat has acquired, in addition to The Red FridgeHellofood Brazil, Hellofood Mexico and the Italian PizzaBo.

The overall deal has been signed for a price of €125M, while last year Rocket Internet paid €80M for the Red Fridge alone. If we were to split it evenly, La Nevera Roja would have cost around €31.2M this time.

With the purchase, Just Eat not only confirms its absolute dominance in Spain, but, in fact, expands it to an almost monopolistic situation. A fact that, in one way or another, puts an end to the dirty war that both companies have been waging in recent months.

In the short term, it seems that it could only find competition in Deliveroo, the British group that, after its great results in its home country, arrived in Spain at the end of 2015 as part of its expansion plans.

MDS sells Groupalia y offerum  a Ofertix 9M, an amount at least 10 times less than what these companies would have been valued at just 3 years ago.

Groupalia was for years one of the most capitalised Spanish technology companies in the sector, having raised a total of more than 55M in international funds such as Index Ventures (Typeform), Insight Venture Partners (Wallapop) or General Atlanticin addition to Nauta Capital, Caixa Capital Risc y Atresmedia.

The coupon market is not growing and is not stable in Spain, despite being worth around €200M, it fell by 15% last year.

If you are thinking of buying or selling your company, please contact us. Abra.Invest has a team of experts in buying and selling technology startups at your disposal. Call + 34 946424142 or fill in the contact form.

The Oesia Group is restructured, giving less weight to banking and more to management.