What is private equity investing in and what prospects do we expect for 2017?

The reversal of the private equity in Spain in 2016 totalled €3,100M, an increase of 5% compared to 2015. Two deals (Hotelbeds and Renovalia) for more than €1,000M of deal value and 6 for more than €100M contributed to this result. In terms of the most active sectors, the IT/Telecom/Internet sector is in first place.

Sectors in which most investment has been made 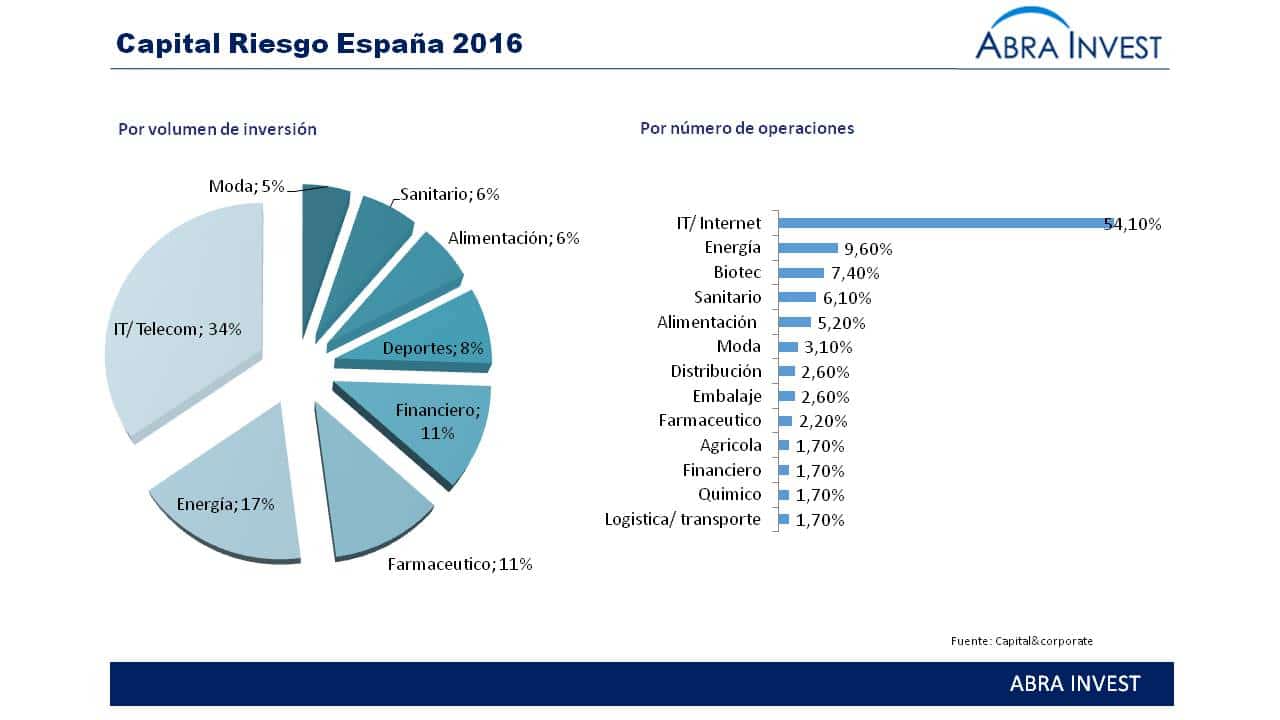 The internet/telecom sector is, as in 2015, the most active sector, both in terms of number of transactions and volume received. This sector includes one of the largest deals ever made, the investment in Hotelbeds, as well as other large investments such as those closed by Cabify, Jobandta-lent, Sigfox and Cornerjob.

The energy sector in second place

The energy reform has improved the perception of the energy sector in Spain abroad. Some, such as Cerberus, continue to buy and build portfolios, while others, more advanced, are already selling their portfolios, as has already happened in 2017 with Vela Energy (by Centerbridge) and last year with T Solar (by Isolux and Corpfin).

The breakdown of investment by sector also reveals the importance of two other disparate businesses, Financials and Pharmaceuticals, both in third and fourth position by volume invested. In particular, with around €220m of equity, the Financial sector is the most important sector, where the purchase of Tinsa by Cinven stands out. With a total of 6 investments, the Pharmaceuticals business reached €150M of equity, driven by the acquisition of Invent Pharma.

Trends we have spotted in private equity investment in 2016

International funds hold 66% of the investment (some €2,170M) and maintain their commitment to Spain, supporting both investment and fundraising.

Growth capital continues to lead in terms of number of deals (131), but LBOs clearly win in terms of volume invested, with 66% of the total.

Price rebound in the best assets and increased competition in auction processes. In some fashionable sectors, such as residences, multiples of 12x or 13x ebitda are being paid, when 4 or 5 years ago few investors were focusing on these assets.

Growth of the venture capital is. This segment accounted for 10% of the volume invested in 2016, but occupies a relevant space in terms of number of transactions.

If you are looking for investors, you want to buy or selling a companyPlease contact us. Abra-Invest has a team of experts in each area at your disposal. Call +34 946424142 or fill in the contact form.