Insight Venture Partners and IVp: investing heavily in cybersecurity in 2015

Cybersecurity has become a priority area for investors. In 2015, according to Gartner, organisations spent almost 5% more money than the previous year to strengthen cybersecurity: more than $75,000M. As a result of this market acceptance of cybersecurity, investors have decided to bet on the sector, and in 2015, 322 rounds of financing were closed in the sector, some of them for very high amounts. In addition, every year new startups are offering innovative solutions and we see how large companies are creating their own cybersecurity divisions.

Big-name investors have invested heavily in cybersecurity in 2015 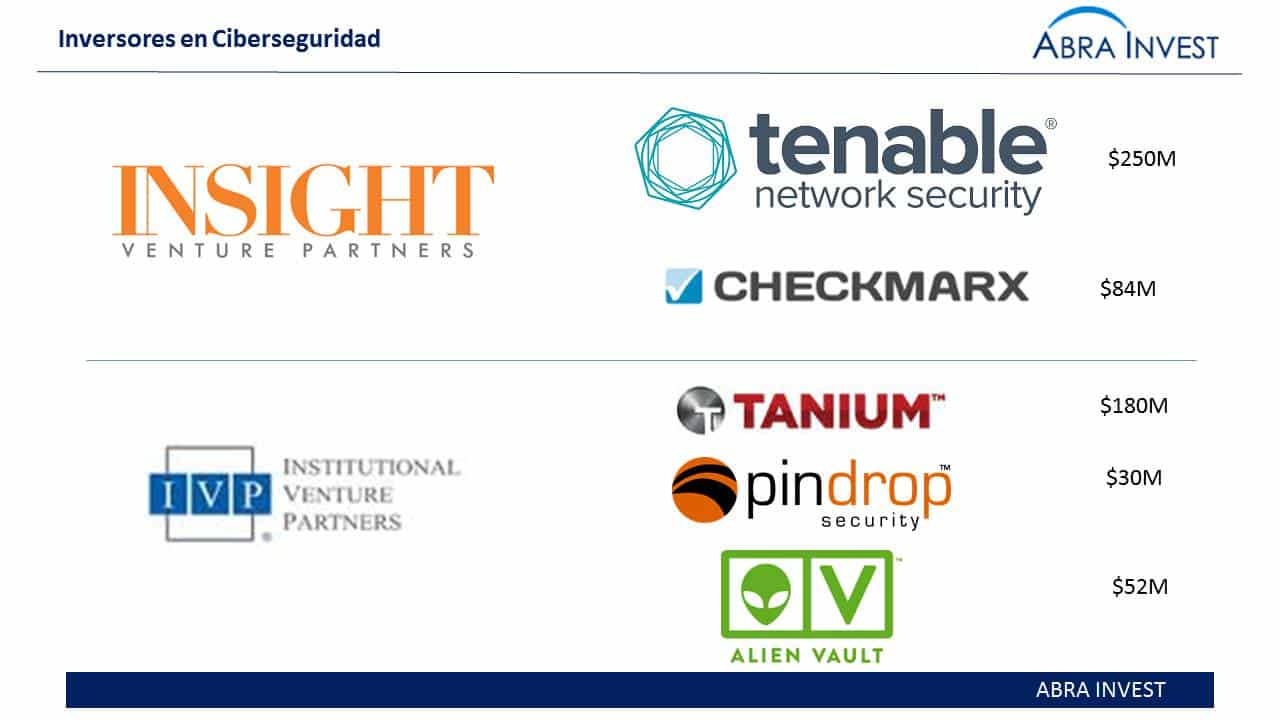 This New York fund has invested over $$8.39B in technology companies since its founding in 1995. Insight Venture Partners invests in companies with high growth potential in the market.

The financing round in Tenable $250M, was the largest round closed in cybersecurity in 2015. This startup is a world leader in continuous network monitoring and the creator of Nessus, a vulnerability scanner. In addition to Insight Venture PartnersIn this round, Accel Partners, which had previously joined the group, also participated.

Checkmarx, develops static code analysis solutions that identify security vulnerabilities in the source code of an application. The round closed by this company in 2015 and led by Insight Venture Partners was $84M.

IVP is one of the largest venture capital firms in the US. Since its creation, it has invested in more than 300 companies and 103 of these companies have gone public. It specialises in investments in established companies.

In 2015 IPV invested in several cybersecurity companies, including: Tanium, Pindrop or the Spanish AlientVault.

The $180M round received by Tanium is among the largest rounds in the cybersecurity sector in 2015. The round also saw the participation of Andressen Horrowitz, who had previously participated in the company. The company is dedicated to providing network solutions for enterprise environments, in addition to offering architectural services for customers.

This year we have also seen him active in the sector with investments such as the one in Anomali Lands.

In addition to technology investors taking an interest in the sector, funds are also being raised to invest specifically in the cyber security sector.

Allegis Capital, venture capital for early stage companies in emerging markets, raised a $100M fund in 2015 to invest in cybersecurity and has already closed several deals in the cybersecurity market since then, such as Signifyd, a software to detect fraud in e-commerce or Varmour , a Distributed Security System based on a single software, hardware appliance format.

If you are looking for financing, please contact us. Abra-Invest has a team of experts in alternative financing at your disposal. Fill in the contact form or call us on + 34 946424142

Cybersecurity a market with a lot of potential