BY : Diego Gutiérrez | November Wed, 2014
In the last five years, the number of rounds of investment in video game companies has grown steadily, reaching 49 rounds of investment last year for a total of €177,797,781 worldwide. Although Spanish companies have traditionally received little investment, they are gradually getting investors and universities to provide them with the help they need to develop video games. 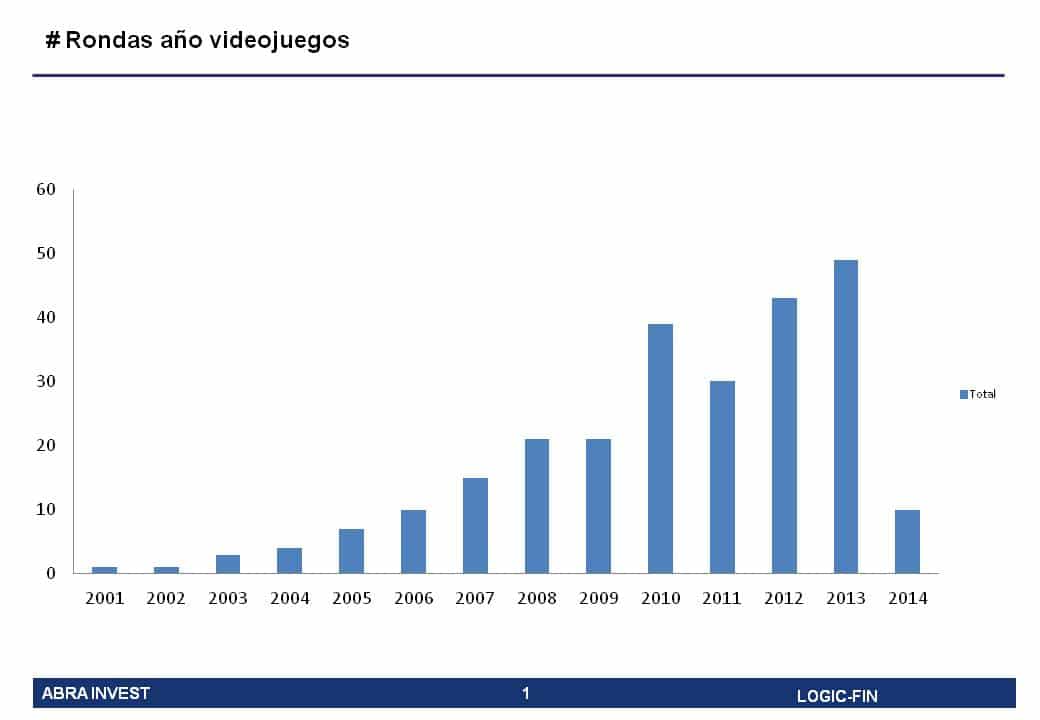 Among the investors most active we find Benchmark , this American investor specialising in technology companies has participated in 7 rounds of funding in the video games sector, including in Gaikai, company of video games which has received 3 financing rounds by $45M and which was acquired by Sony Corp in 2012.

Spanish companies that have received rounds

In addition to the well-known Akamon, which has received its third round of funding, there are several companies in Spain that have received support from investors.

Social Pointearlier this year closed its third $30M round, led by Highland Capital. The company's objective is to investment  continue its mobile development from which it currently derives 90% of its revenues and enter the Asian market, mainly Japan, Korea and China where the mobile phone market is video games is very large.

the Bilbao-based company Iron belt studios, specialises in board games, especially the so-called War Games, although they also make games for The company has already received two rounds of funding in which Microwave Ventures has participated.

"Microwave venture is betting on the sector, this year 2014 it has made an investment in Wimi5, a software company that has created a powerful development platform for video games in HTML5 technology" says Diego Gutiérrez of Abra-invest

First steps for the development of video games in Spain

Numerous universities are beginning to offer training in video game development, and accelerators specialising in the sector are also emerging, such as Gamebcn.

Gamebcn  aims to give continuity to the projects in the world of the video games with the greatest potential that emerge from the specialised university programmes, and to accompany them so that they can become new start-ups. The programme consists of a 4-month incubation period in which different milestones in the creation and acceleration of companies will be worked on: setting up the company, fundraising and time to market, monetisation and marketing procedures.

If you would like to obtain a complete study of investment in video games, please fill in the following form.