With this operation, Solid Angle is able to grow and have more resources at its disposal, without losing its independence in the decision making process regarding Arnold's development, since Solid Angle will be integrated into the structure of Autodesk but maintaining a certain independence in its development and respecting the versions of the software for third parties: Houdini, Cinema 4D or Katana.

Autodesk also opened its European sales office in Barcelona last year, where sales are managed for one of Autodesk's main global markets, the EMEA region, which includes more than 20 countries. This purchase of a Spanish company is another example of the commitment Autodesk is making in Spain.

Arnold has been known since its inception for delivering the highest level of image quality at the lowest possible time cost. Not only because of its rendering speed, but also because of its ease of use to achieve these results and its excellent memory management, even in large and complex scenes. 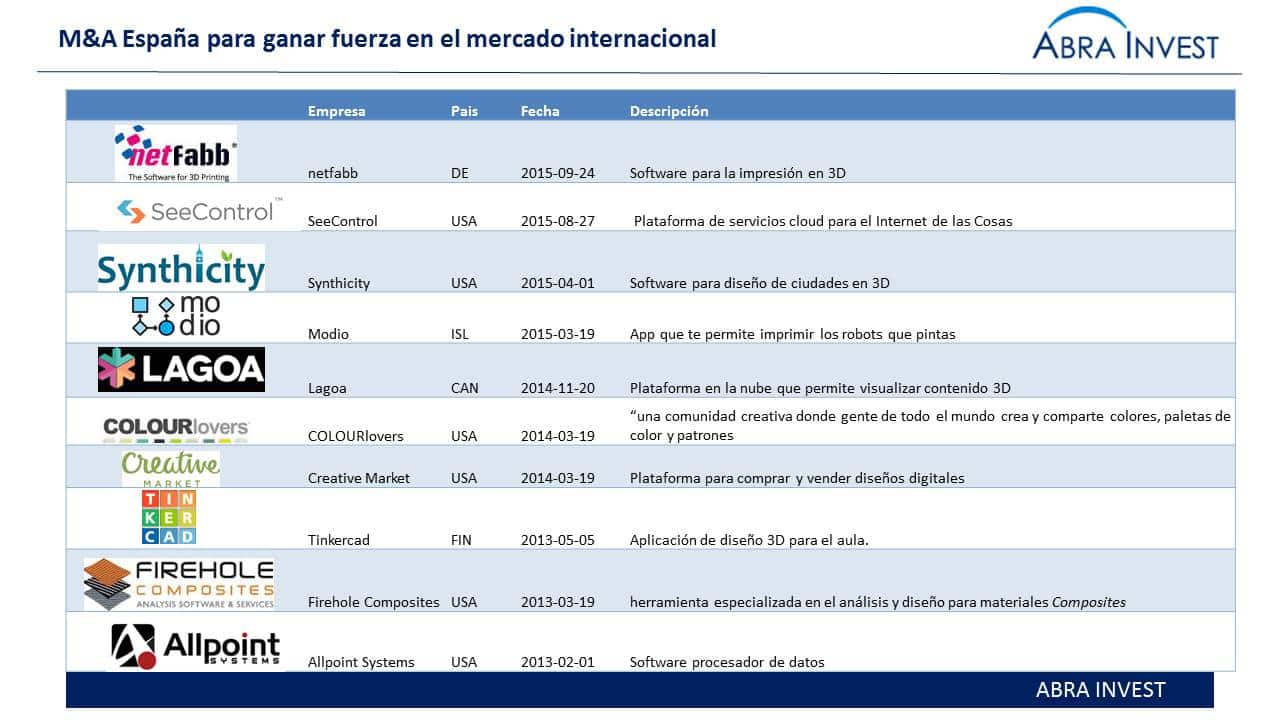 The purchase of Solid Angle is the first acquisition this year; in 2015 it bought Netfabb, Seecontrol, Synthicity and Modio. With the exception of Seecontrol, which is a clous services platform for the internet of things, the other acquisitions have been focused on 3D design software.
Other posts that may interest you

software, the technology sector of choice for investors in 2015

If you are looking for funding, please contact us. Abra-Invest has a team of experts in public financing at your disposal. Fill in the contact form or call us on + 34 946424142