In the second half of October we have witnessed that two Spanish companies focused on cancer treatment solutions have received funding. In addition, the largest deal in Crowdequity for the biotech sector has also been closed. The protagonist of this operation has been Mind The byte. 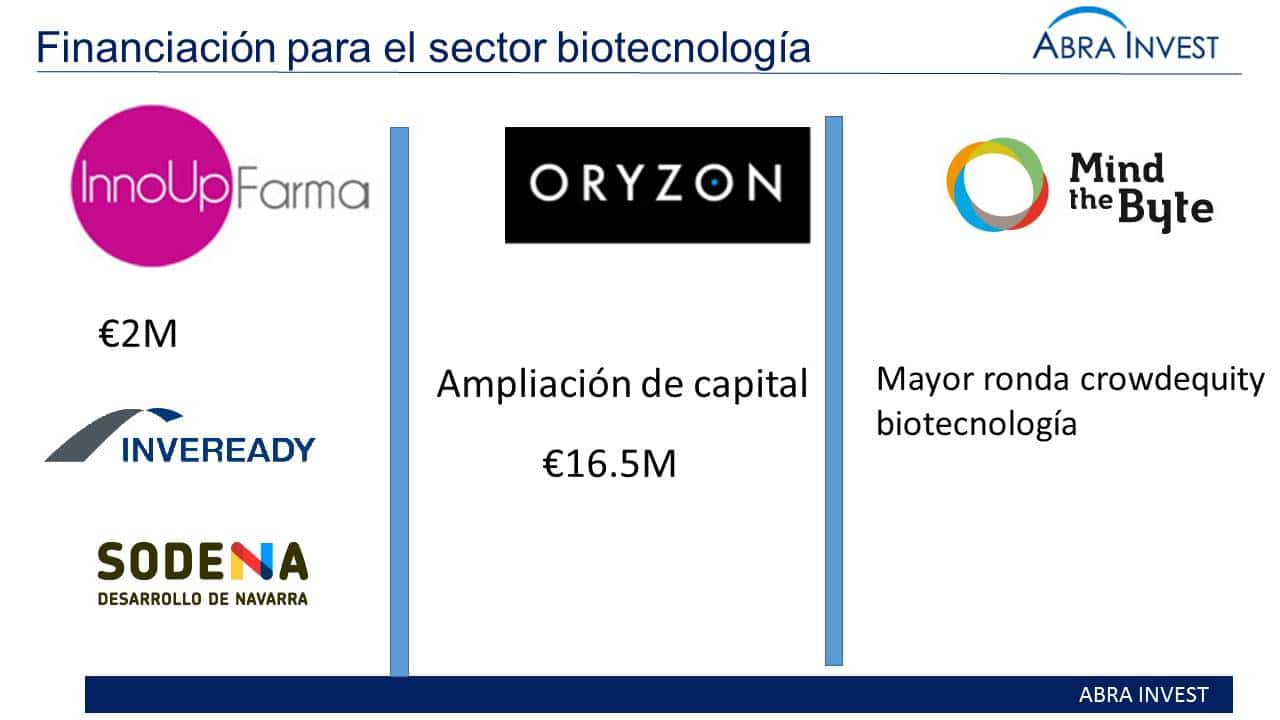 InnoUp Farma closes a €2M round

InnoUp Pharma,  which applies nanoparticle technology to oral drugs with the aim of reducing toxicity in cancer patients, has closed a €2M round.

Participating in the round were Sodena, Inveready and the Ministry of Economy and Competitiveness.

The round aims to complete the regulatory preclinical development of one of the leading intravenous anticancer drugs targeted at metastatic breast cancer.

InnoUp is already looking to the future and expects in less than two years to attract interest from other investors for further development and the securing of a relevant licensing agreement.

In June 2015, the company won the Entrepreneur XXI award, being recognised as the most successful company in the Navarrese company with the greatest growth potential in Spain.

The objective of this round is to reinforce its research projects and to continue its international presence, in order to be able to go public on the MAB.

Among the new shareholders joining the firm are Joseph Fernández, CEO of Active Motif, a US firm specialising in epigenetics, and founder of Invitrogen, with 1.03% of the capital, and the MAB Capital Fund of the Institut Català de Finances (ICF).

Specialised in computational drug design services, the Catalan company Mind The Byte has closed a €234,310 round through the crowdequity platform. Crowdcube.

This figure is more than double the budget the company had set as a target at the start of the campaign.

The capital will be used to consolidate the company's expansion and internationalisation plan. Mind the Byte for which it has had the strategic support of ACCIÓ, of the Generalitat de Catalunya. The first step has been the opening of a subsidiary in the Copenhagen Bio Science Park, in one of the most dynamic European clusters in scientific innovation and technology transfer. The second will be "to promote the commercialisation of our pay-per-use Drug Discovery SaaS platform in countries such as the United States, Denmark, Germany and Japan," says Dr. Alfons Nonell-Canals, founder and CEO of Mind the Byte.

If you are looking for funding for your biotech company, contact us. Abra-Invest has a team of experts in financing in the sector. Fill in the contact form or call us on +34 946424142.

2017, a record year for global investment in Genomics with major funding rounds

The investment fund Columbus Venture Patners and Asklepios will invest up to €9M in the bio sector in Gipuzkoa.