Of the 1,391 actions carried out in 1,286 companies, 741 PTT1T were business R&D projects, 201 PTT1T were innovation projects and 61 PTT1T were projects in technological SMEs.

44% of the investee companies had not previously received CDTI funding.

"In the years before the crisis, the number of companies receiving funding for the first time was up to 10 percentage points higher than today. This reflects the reduction in the creation of innovative companies," says Diego Gutiérrez of Abra-Invest.

The CDTI by Autonomous Community 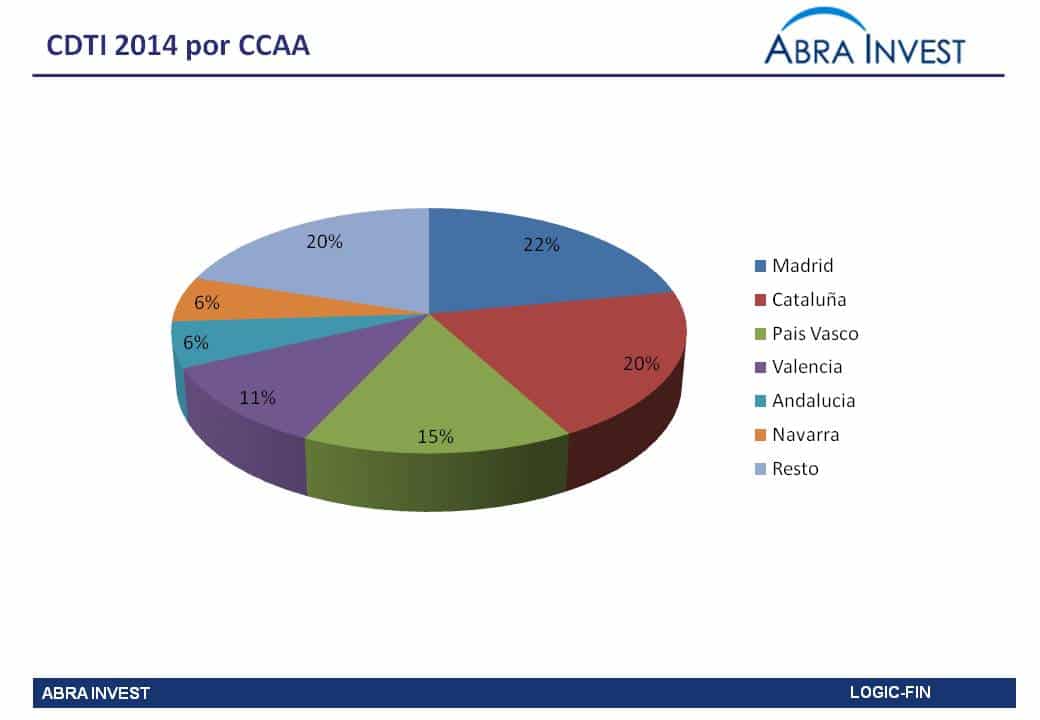 By autonomous communities, there has been a high concentration in 2014, with 7 communities accounting for 80% of the funds. Madrid with 22%, Catalonia 20% and the Basque Country with 15% lead the list. 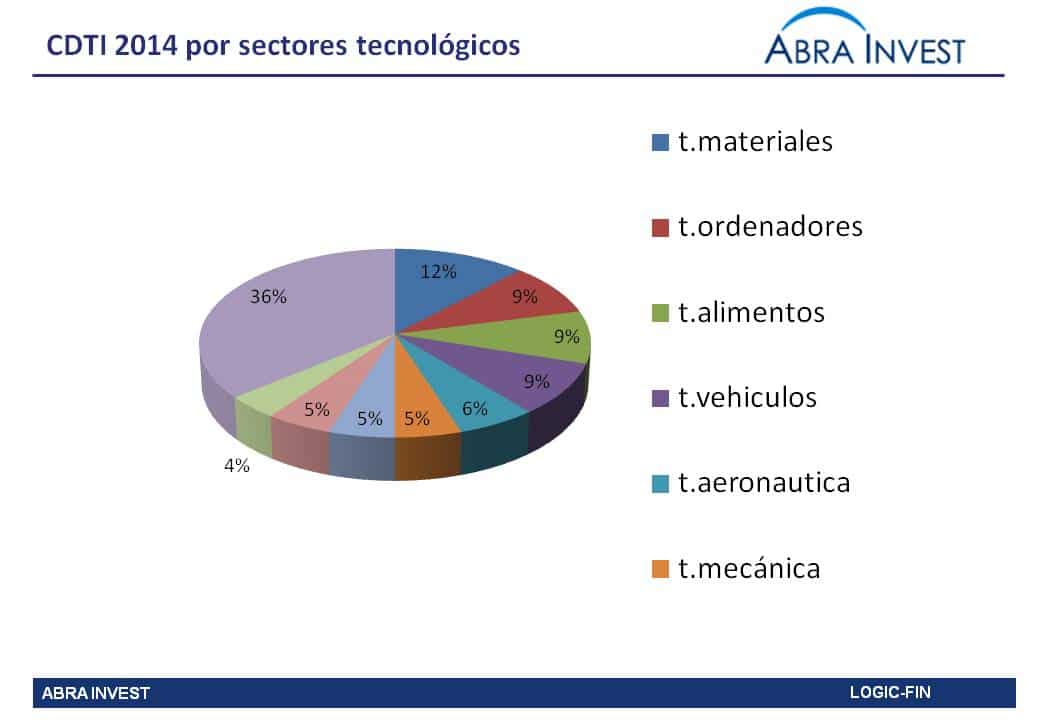 CDTI funds are aimed at all sectors and technologies that meet the scientific-technical and economic-financial quality requirements established in the evaluation of the centre. In 2014, 9 technology groups accounted for 61% of the resources, although 72 different technology groups received funds in 2014.

If you have a technological development project and you would like us to make a diagnosis of the possibilities of obtaining financing, please contact us on +34946424142 or by filling in this form.

Analysis of Cofides and its main operations