Spain is beginning to follow the model that has been successful in other parts of Europe for decades and we are starting to see university funds to finance Spinouts. In 2016, two universities, one public and one private, have raised funds for this purpose, both managed by Clave Mayor. 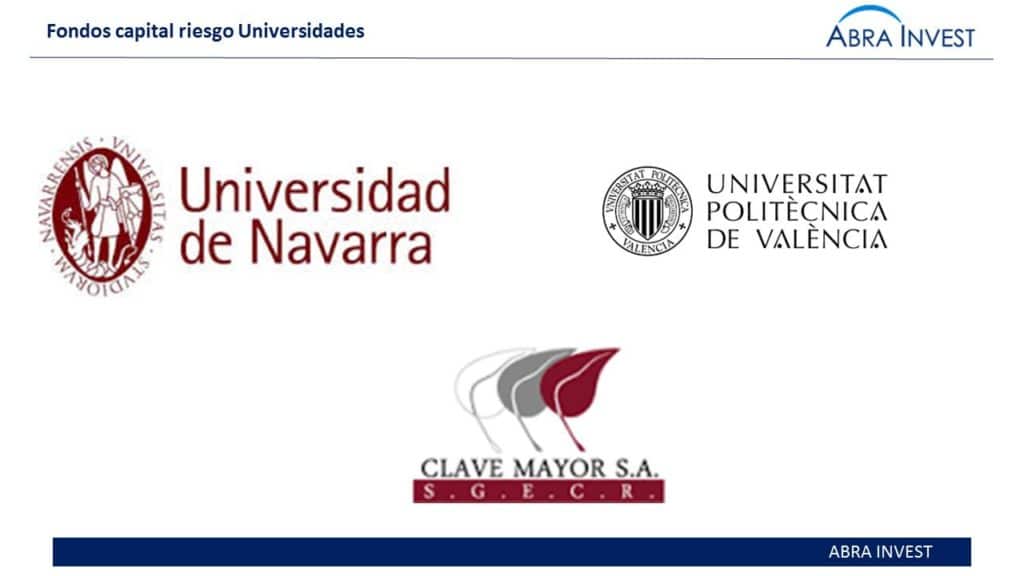 Following the model of other European universities, the University of Navarra together with Clave Mayor, has promoted the "UN R&D&I Technology Transfer" fund, with more than €8.5M.

Of the funding, €5M has come from private capital from companies in different industry sectors. Having investors from a variety of sectors will make it easier for the funded projects to find market share, which is of great importance in today's business start-ups.

The fund was also selected in the third call of Fondico and received €3.5M to boost knowledge transfer and business incubation.

The fund will support projects of students, researchers and teachers, from the ideation phase to the implementation of the project.

The University of Navarra and its associated centres have promoted entrepreneurial initiatives in recent years, such as the 12 spin-offs of the Centro de Estudios e Investigaciones Técnicas (CEIT) in Guipúzcoa, which employ more than 250 people and have a turnover of almost 30 million euros; or 3PBio, which emerged in Navarra in 2006 as a result of CIMA's research activity and as a business opportunity in Spain to offer recombinant protein, cell therapy and gene therapy products.

The Polytechnic University of Valencia sets up the Tech Transfer UPV fund.

In January 2016 the CNMV registered the venture capital fund Tech Transfer. UPV, of the Polytechnic University of Valencia, which is also managed by major key.

The aim of the fund is to support technology transfer projects with a high innovative and technological component that are based at the university and to accompany them in their market launch. In fact, the programme is aimed at complementing the entrepreneurial ecosystem of the UPV, which includes, among others, the Ideas Institute, the StartUPV initiative and the Entrepreneurial Spaces.

Tech Transfer UPV will invest in 21 viable knowledge and technology projects (spin outs) that are novel in that they provide differentiating factors based on their innovation, that generate competitive advantages and, therefore, that are sustainable over time. This investment fund has 6 million euros and a time horizon of 7 years.

The 21 technology initiatives under the umbrella of this fund belong to different sectors of activity, such as agri-food (microbiology and food), life science (biotechnology and medical devices), clean tech (renewable energies and new materials), telecommunications (HW and SW, networks, e-commerce, Internet of things), or engineering (electronics, robotics and mechanics).

This fund is the first fund of a Spanish public university aimed at spinouts. In other European countries such as Oxford, Leuven or Manchester, this model has been implemented for decades.

If you are looking for financing, contact us. Abra-Invest has a team of experts in alternative financing at your disposal. Call + 34 946424142 or fill in the contact form.