The company, through its German subsidiary Telefónica NEXT, has reached an agreement to acquire the German startup Minodes, which specialises in technology for analysing customer data in shops anonymously.

Minodes founded in 2013, is a big data analytics software as a service for the retail sector. It provides retailers with information about the behaviour of their customers during their stay in the shop. Among the technologies used are the use of beacons and wi-fi sensors.

The company currently employs 40 people and is based in Germany and the UK and has a partner in India.

The company has received 4 rounds of investment since 2014 for a total amount of $7.78M. Investors include Market tech, Berlin Holding and KFW.

Telefónica has been committed to big data for some time now, making it one of the key elements of its strategic plan. In 2015, it bought the Spanish consultancy specialising in advanced data analytics, Synergic Partners.

In 2016, it announced the creation of Luca, a new business unit that markets big data services to companies. Telefónica thus wants to accompany companies, public institutions and all types of organisations so that they can carry out the same transformation process that they themselves have carried out in recent years.

The use of big data to understand customers is being very well received in the market. Proof of this is that there are already several startups that are growing very quickly and receiving a large amount of funding from investors.

At the national level, as we mentioned in a post some time ago, operations have also been carried out such as the purchase of Beablo by Metriplica. 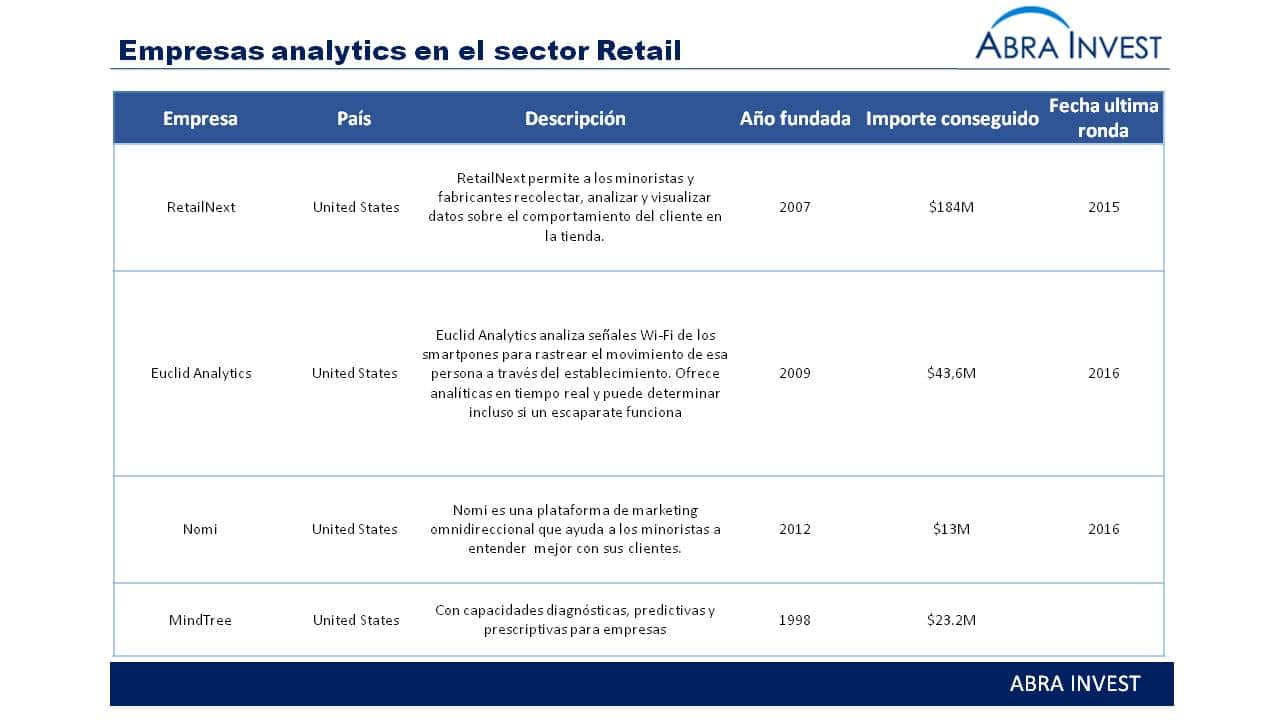