Recovery of mergers and acquisitions in the aeronautics sector 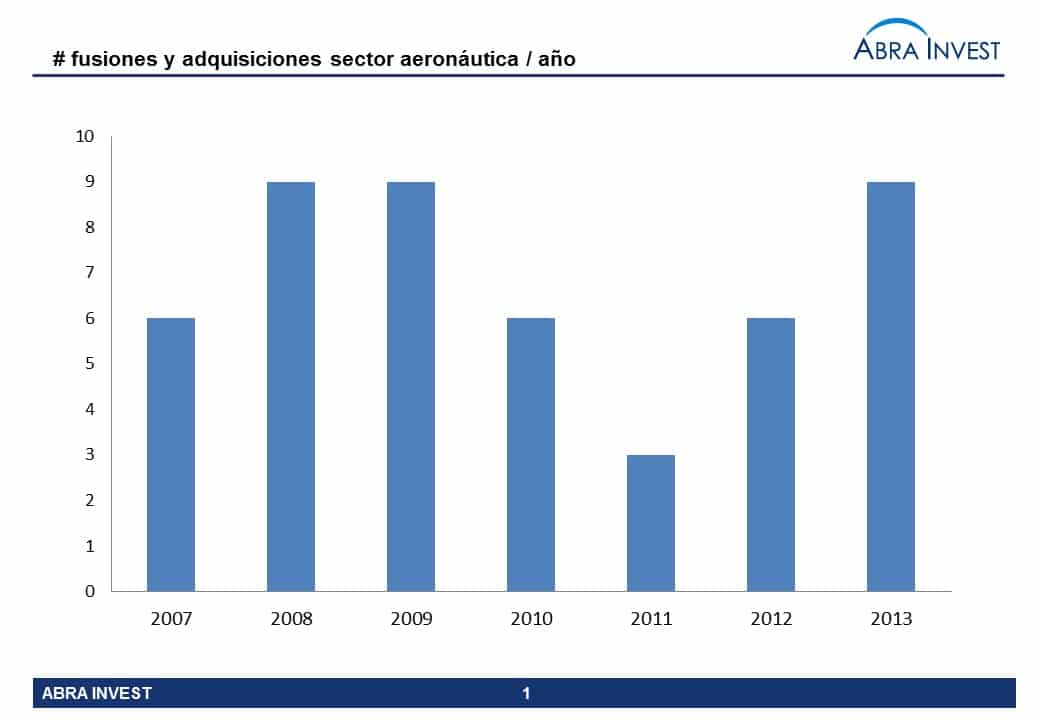 Operations in 2014: purchase of foreign companies

In 2014, Spanish companies have carried out a number of projects operations of purchases by foreign companies in very different sub-sectors.

In the manufacturing sector, Aciturri has bought the 50% from lusa Caetano Aeronautico to begin its expansion into the neighbouring country, taking advantage of the new business opportunities that this company can provide. Last year, the Portuguese company started its activity as a second level supplier (TIER 2) for different civilian and military programmes in the country. Airbus.

The buyer most active in recent years is IAGwhich already bought in 2012 the 100% from BMI to Lufthansa. Last year, through two takeover bids, it acquired the 97% from flying, and this year 2014, after the exclusion of Lufthansa, it has been awarded the 97%. Vueling Stock Exchange, IAG has continued to make purchases and has now reached 99.36% of the capital.

"IAG wants to continue to grow and has set itself the challenge of closing an airline deal in the next financial year" says Diego de Abra Invest.

Abertis has also made several deals in the sector in recent years, most recently the purchase last year of a 16.4% of HispasatThe Spanish satellite operator, which was held by the Instituto Nacional de Técnica Aeroespacial (Inta), which led it to acquire 57.05% of the company.

List of mergers and acquisitions in the aeronautics sector

Venture capital in the aeronautics industry