Spotify is the world's largest music streaming company, with over 200 million active users and 96 million subscriptions; with a 26% growth in user base in the last year. 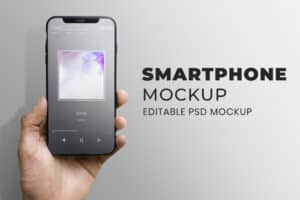 Over the last year, it grew revenues by more than 30%, thanks to a 2% increase in the subscription rate to 46%.

To consolidate its position and avoid being overtaken by other companies that are starting to take positions within the sector, and to maintain the profits it has achieved for the first time, Spotify has focused on achieving notable growth during 2019, and one of its first decisions has been to achieve inorganic growth by means of company purchasesThe main focus is on strengthening the podcast area.

The podcast sector has grown at a dizzying rate, with Pandora being one of the world leaders, a sector with a great attraction for generating income through marketing and gaining a recurring audience.

Since the start of the year Spotify has acquired three companies, more than in the whole of 2018.

Parcast is a company founded in 2016 mainly oriented to the distribution of podcasts using a "storytelling" methodThe series are created and complementary episodes are uploaded periodically.

The acquisition of this company has been carried out by 50M€.

Anchor was acquired on 6 February for a value of $158M. This company is primarily engaged in facilitating the podcast recordingThe storage capacity is unlimited, high quality and easy to distribute.

Gimlet Media is a company dedicated to the construction of a platform for podcastingwhich focuses on high-quality professional podcasts, with its own series such as "StartUp" and "ReplyAll".

This company was acquired at the beginning of February by $200M being the first of three operations focused on the development, generation and distribution of podcasts.