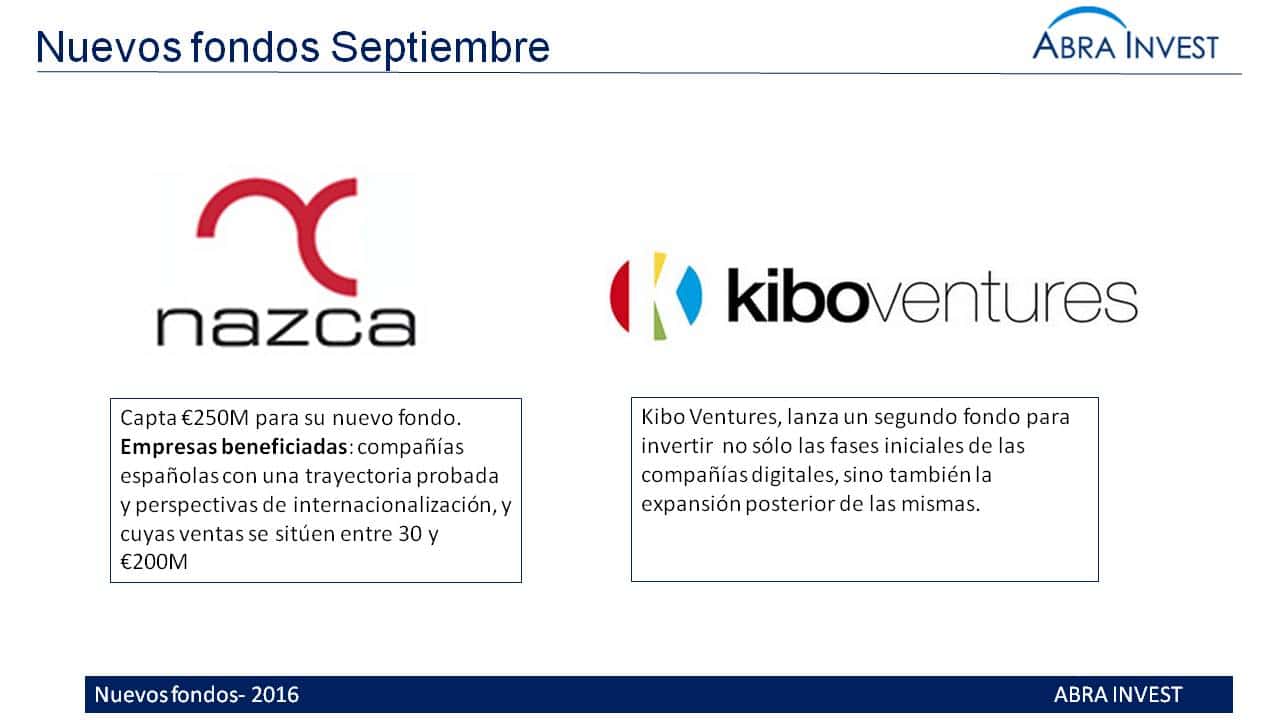 Nazca has raised €250M to invest in family businesses, mainly in the industrial sector.

Nazca has reached its fundraising target of 250M for its 4th fund and has decided to hold its first closing, although in view of investor interest in the fund, it has opted to raise the total resources of the fourth fund to the maximum possible ceiling (or hard cap) of 275 M, an amount by which it expects to close at the end of the year.

The beneficiary companies will follow the same pattern as Nazca's investees to date: Spanish companies with a proven track record and internationalisation prospects, with sales of between €30 and €200M. Within this group, family businesses and the industrial sector will continue to have a privileged place.

Acquisitions made by Nazca in 2016

Caiba: a pioneering company in Spain in the plastic packaging sector specialising in the design and manufacture of PET preforms and containers, mainly for the food, beverage and personal and household hygiene sectors.

IMOncology : oncology services, with 12 centres in 5 Autonomous Communities that provide radiotherapy and medical oncology services to patients from both insurance companies and public health services. Nazca joined the company in December 2011 and has invested more than 15M in the growth of the company since it was acquired. IMOncology's turnover grew by 20% in the last 3 years, to reach a figure close to €30M.

Kibo Ventures is launching a second fund to invest not only in the early stages of digital companies, but also in their further expansion.

Kibo Ventures invests in early-stage digital companies and scalable businesses, with the aim of financing their further expansion.

The first fund has invested in companies that have grown in our country and are already well known internationally, such as Carto DB, Job and Talent, Flywire, iContainers, Promofarma, Jetlore, Cap tio, Blueliv and Worldsensing.

It has also made a number of successful divestments such as Airbnb (Trip4Real), New Relic (Ducksboard) and Groupon (Blink).