2016 has been a good year for Spanish M&A. The number of M&A transactions has grown by 20% this year, exceeding €100,000M in 2016 through more than 1,600 transactions. This is largely due to the confidence of foreign investors in our country. 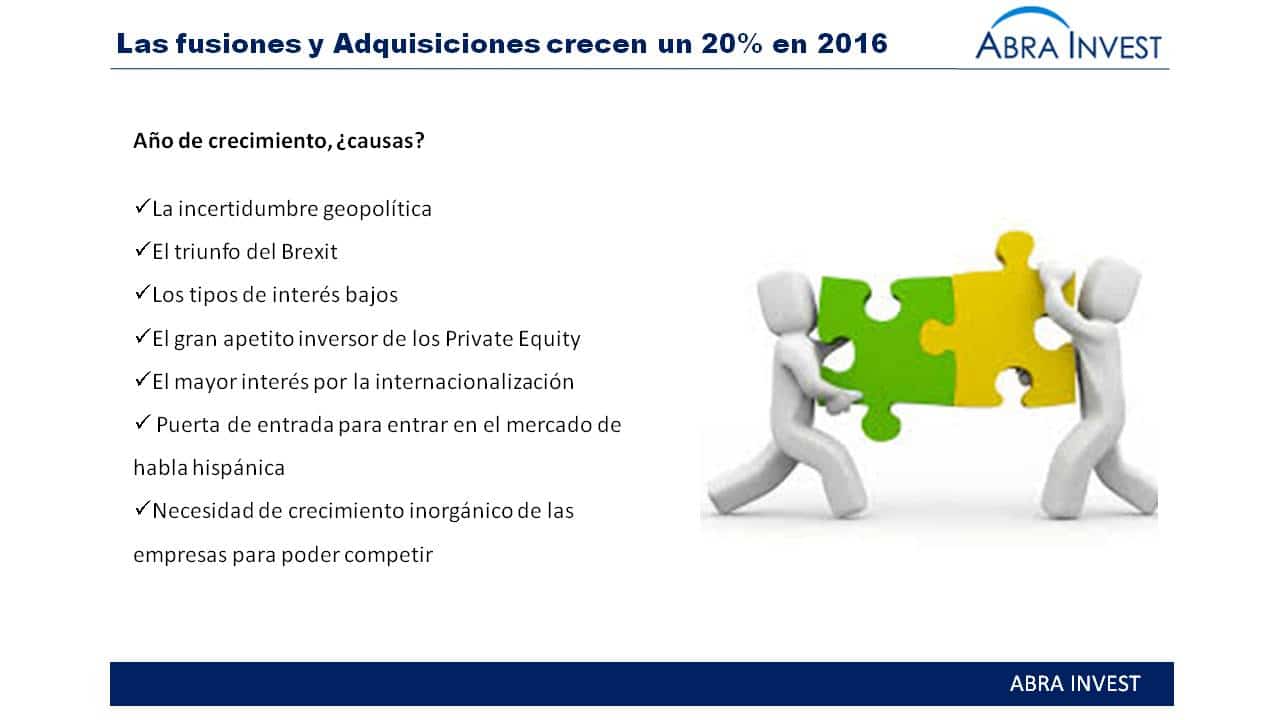 In the technology sector, we have detected a great deal of activity in 2016, especially from foreign agents who have set their sights on Spain. Within this group we find technology giants, which operate globally and want to enter Spain as Ebay that bought for $165M the Bilbao-based Ticketbits, online ticket sales or Freelancer who bought Nubelo.

Foreign venture capital has also decided to invest in the technology sector in Spain, such as the acquisition of the company Digitex, an outsourcing company, by Carlyle.

Spanish technology companies have also made acquisitions. Some of them have managed to make acquisitions after going public on the alternative stock market, such as Agile, which went public in 2015 and has already has bought OTT y Adman media in 2016.

The growth of the M&A industry in Spain contrasts with the general slowdown in corporate transactions in other geographic areas, largely due to the withdrawal of monetary policy stimulus in the US and high valuations in certain sectors and geographies.

Among the arguments favouring foreign investment are expectations of growth, legal certainty, the greater international weight of Spanish companies and the general feeling that important reforms have been made to improve the competitiveness of the economy.

In addition to Latin American and American companies, in recent years we have detected a growing interest of Asian companies in our country. Just today it has just been announced that the Chinese group Shiji has bought ReviewPro's 80% for €26.5M. ReviewPro, Spanish startup that has developed an online reputation management system for hotels.

For 2017, the trend looks set to continue upwards. On the one hand, capital is available and rates are low.

In addition, investors are putting pressure on companies to generate growth. Many companies face poor growth prospects, forcing them to consider buying competitors or expanding into other countries.

According to the KPMG report, the sectors in which most transactions will take place are finance, energy, healthcare and real estate.

If you are looking for investors, o you want to buy or selling a companyPlease contact us on +34 946424142 or fill in the contact form.

IT sector M&A in tourism: Amadeus leads the way in tourism purchases