Augmented reality, already a reality for international investors, is gradually arriving in Spain.

Sector Funding IT Sector
I am looking for investors, investors in augmented reality, Venture Capital

Two days ago we learned that the video game chain Game bought the augmented reality company Ads Reality, big technology companies like Facebook and Microsoft are investing a lot of money in the sector and companies like MagicLeap, which has not yet released any product on the market, has raised more than $1.42B. In Spain,  A number of startups have embarked on the adventure of developing products and technologies based on Virtual and Augmented Reality. Although few funding rounds have yet been made in the sector, we are already seeing that little by little investors are becoming interested in augmented reality and the first accelerator for augmented reality projects has been created. 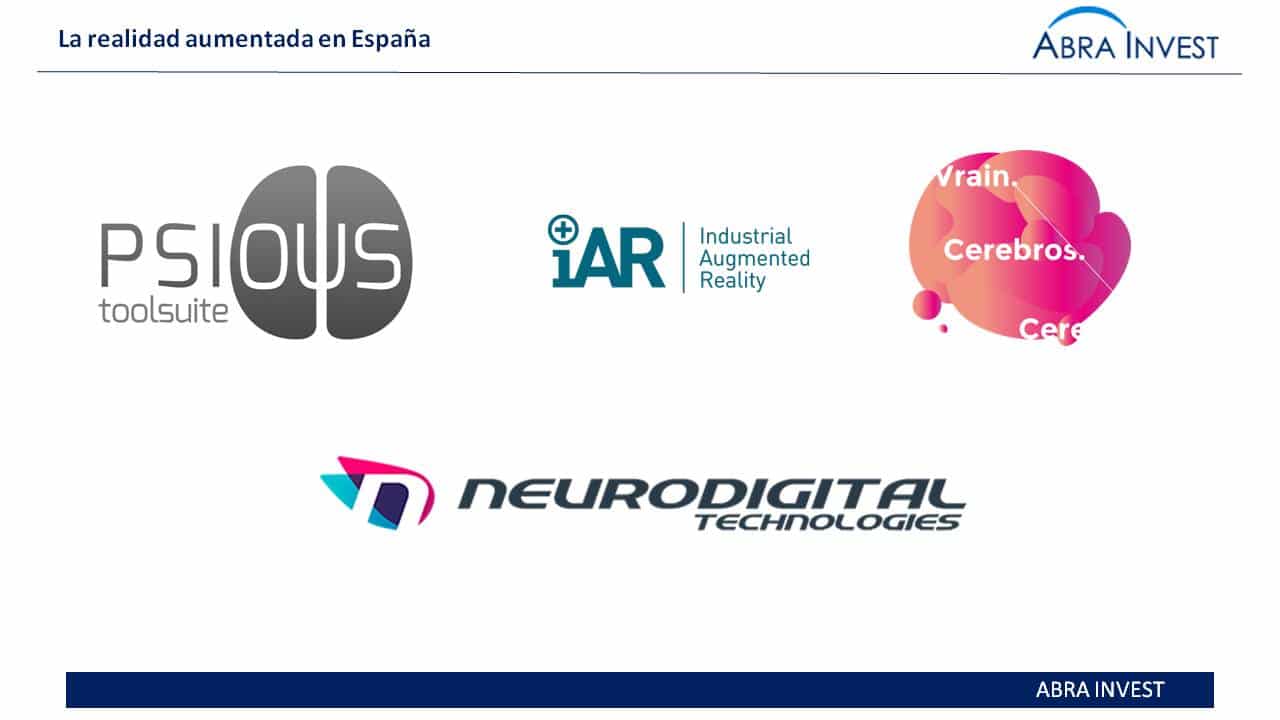 Psious receives a €1M round of funding

The first round of funding in the sector was in the middle of last year in Barcelona-based start-up Psious, dedicated to virtual reality technology in the health sector.

This round was led by Silicon Valley venture capital firm Rothenberg Ventures and was completed by the Caixa Capital Risc and a private investor from Singapore.

The company offers 3D simulations designed to treat a wide range of anxiety disorders, such as fear of flying, agoraphobia or panic of heights or driving. Xavier Palomer, founder and CEO, explains that the first round of funding is aimed at "finalising the product, creating a sales team and, in short, laying the foundations for our growth". The staff is made up of 21 people, including psychologists, engineers, computer scientists, 3D and video game specialists.

IAR develops and implements industrial solutions through advanced augmented reality applications. Among the benefits of IAR are the reduction of intervention and downtime on each machine and the reduction of manufacturing costs, while also increasing industrial safety.

The aid consists of a participative loan of €60,000 (extendable up to €100,000) to advance the development and commercialisation of their products.

Located in Pamplona,iAR currently employs six people and its business plan foresees doubling its workforce in the next four years, mainly by providing it with software technicians. Among its main MilestonesIt is worth mentioning that this past January, Volkswagen Navarra won, thanks to an application developed by this company, first place in the second edition of the Innovation Awards organised by the German automotive consortium. This has led to companies with a recognised industrial presence showing interest in its products and some of them are currently working on specific projects.

Neurodigital receives funding thanks to crowdfunding

The technology-based company (EBT) 'Neurodigital Technologies' located in the Science and Technology Park of Almeria, develops a haptic glove that allows to feel the touch of objects from virtual reality, managed in June 2015, to obtain through crowdfunding the 150.000$ that was set as a goal to finance its project 'Gloveone' through the American platform 'Kickstarter'.

The glove, combined with virtual reality glasses, allows for a "total immersion" sensation, making it possible to reproduce any environment. In addition to entertainment, Gloveone can be used in the field of industry, as a tool for tourism promotion, virtual museums or in the field of health.

The VRain is a incubator which aims to make all projects that arise in the field of Virtual Reality in Spain a reality, acting as a partner rather than as a service provider.

The incubator is also born with an international vocation. At the moment it is in Madrid, Barcelona and Mexico, taking advantage of the structure of the founding companies. In 2016 it also plans to establish itself in the United States and Japan.

The incubator's first project is VReak, the first virtual reality news and stories channel in Spain.

Investment in augmented reality is growing

If you are looking for financing, contact us. Abra-Invest has a team of experts in alternative financing at your disposal. Call us on + 34 946424142 or fill in the contact form.