Cybersecurity investment hits new record high in first 5 months of 2017, with companies valued at more than $1B

In the first 5 months of 2017, the number of investments made in the cybersecurity sector has reached a new record high, reaching 190 deals, which is 20% compared to the same period last year. Although we have detected large rounds in the sector, there have also been several seed/angel rounds. This is a sign that new innovative solutions are being created in response to emerging attacks. Which companies are receiving support from investors? 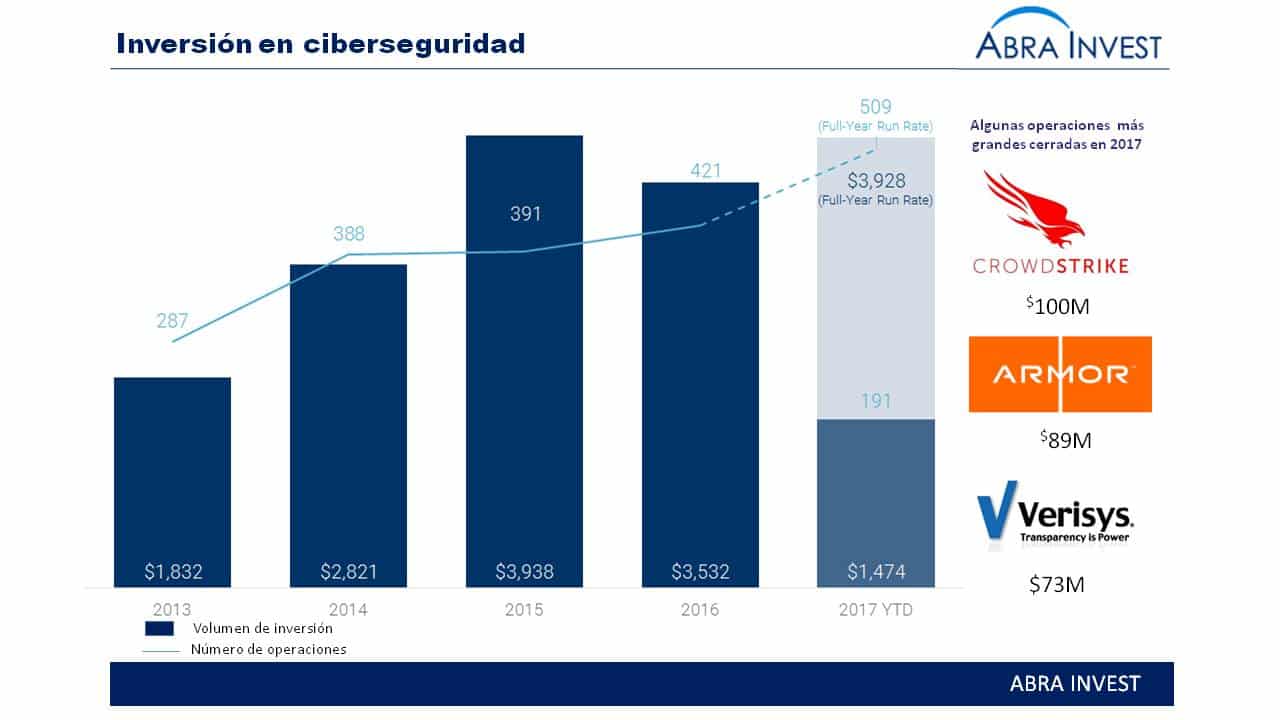 Okta and CrowdStrike valued at more than $1B

Okta is an American company, based in San Francisco, known primarily for cloud identity management. Its clients include Eurostar and Gatwick Airport.

The company went public in April 2017 At its IPO, Okta achieved a market capitalisation of 2.14 B $. The company ended its first day of IPO with a 38.3% appreciation in the value of its shares from the price initially set.

CrowdStrike, Californian company founded in 2011 has just received a $100M round, reaching a valuation of over $1B. To date, CrowdSrtike had raised $256M.

The company, which investigated among others the hacking of the US Democratic National Committee (DNC), has been at the centre of some of the largest and most high-profile hacking investigations in recent times, many of them targeting Russian hackers.

In addition to these large companies, other companies such as Armor and Verisys have also received large rounds. Armor offers cybersecurity solutions for e-commerce, healthcare and enterprise finance. The company, founded in 2009, has already received $149.1M in numerous rounds.

Verisys has a file integrity monitoring system. This is the first round closed by the company. It already has a lot of experience working in this sector.