NMi Gaming has offices in the UK, the Netherlands, Italy, Spain and Canada and will continue operations under the NMi Gaming brand for the foreseeable future. NMI's clients will benefit from the global focus of Gaming Labs International. 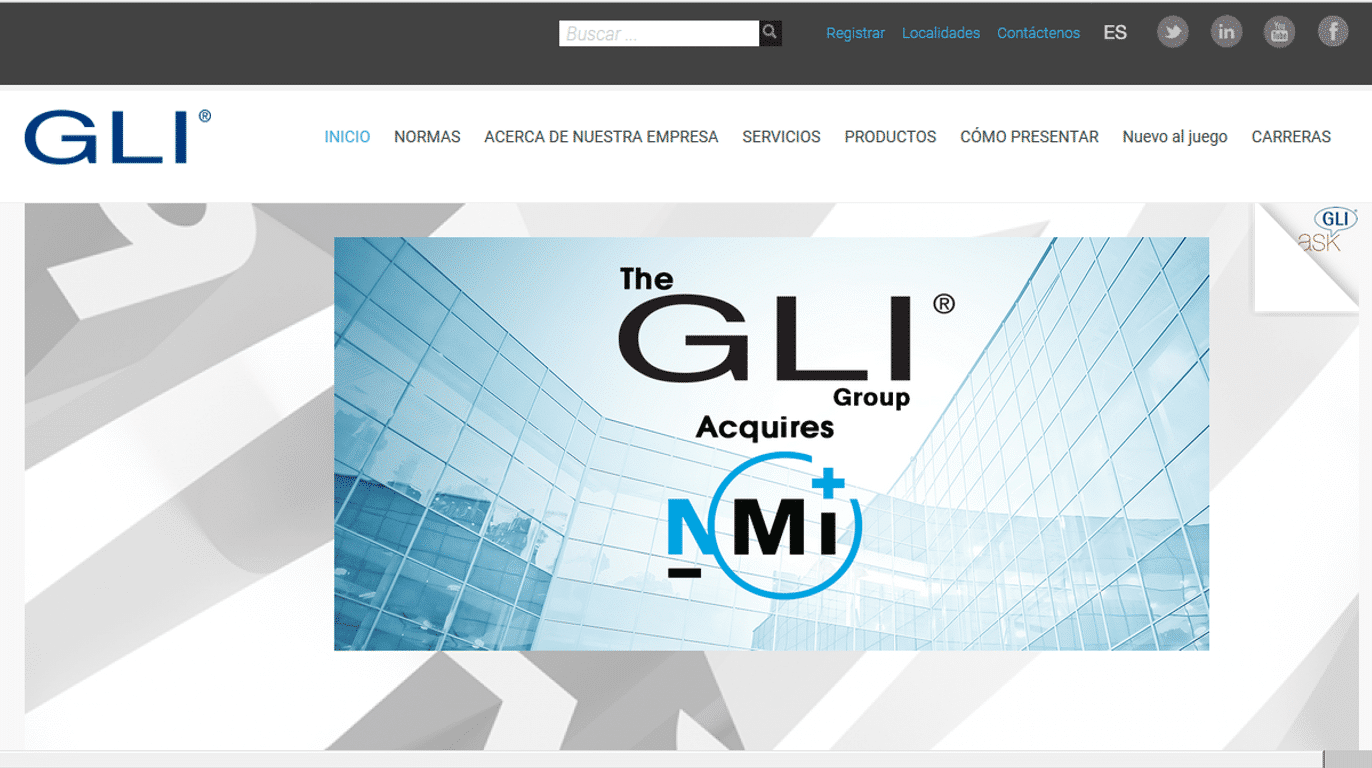 GLI Group offers the highest quality lottery and iGaming testing and evaluation services. Through its Bulletproof brand, the group offers IT hosting and security services, as well as IT professional and educational services. In addition, the Group's tools division consists of Kobetron and IRIS products. The Barcelona-based group is now present on all 6 continents.

In the last few years it has carried out several acquisitions in different market niches and geographic areas. In addition to NMi Gaming, last year it acquired Bullerproof, a Canadian company that offers It services and has partners such as Microsoft, Dell and Cisco.

NMi Gaming has more than 40 years of experience in the gaming industry and offers a full range of compliance testing and auditing services in its markets. Its gaming laboratories are located in the Netherlands, UK, Canada, Italy and Spain. NMi Gaming has extensive knowledge of regulations and procedures and a multidisciplinary team of professionals with expertise in IT, mathematics, ISMS auditing and security testing.

The purchase will allow the two companies to benefit from the synergies between them. In addition, NMI will benefit from GLI's instant global reach across accredited jurisdictions. GLI, in turn, will benefit from increased levels of service and support for its clients.

Players in the "Game Testing" market

The Game Testing market is an incipient market, in which there are still few players. Most of them are large technology companies such as Cognizant and Capgemini. It is true, however, that in recent years more companies have emerged that focus on this niche, such as the Spanish company Sekg. This company analyses the response that gamers have to video games using the technique of biofeedback - which consists of monitoring in real time the physiological functions of the body related to the nervous system. Sekg, founded in 2015, received its first seed round in 2016.

In terms of acquisitions in the sector, last year Keywords Studios, which provides services to the video game industry, bought the testing company Enzyme for €3.6m. Keywords Studios is a global company with offices in Dublin, London, Barcelona, Milan, Rome, Tokyo, Singapore, Shanghai, New Delhi, Pune, Montreal, Seattle, Los Angeles and Rio de Janeiro and has made a total of 11 acquisitions.

Ezentis buys Chile's Tecnet to grow in the energy market