BY : Diego Gutiérrez | March Thu, 2015
According to TTR, the Mexican transactional market has started 2015 with good figures, being the Latin American country with the highest number of transactions of more than $500M closed in January. 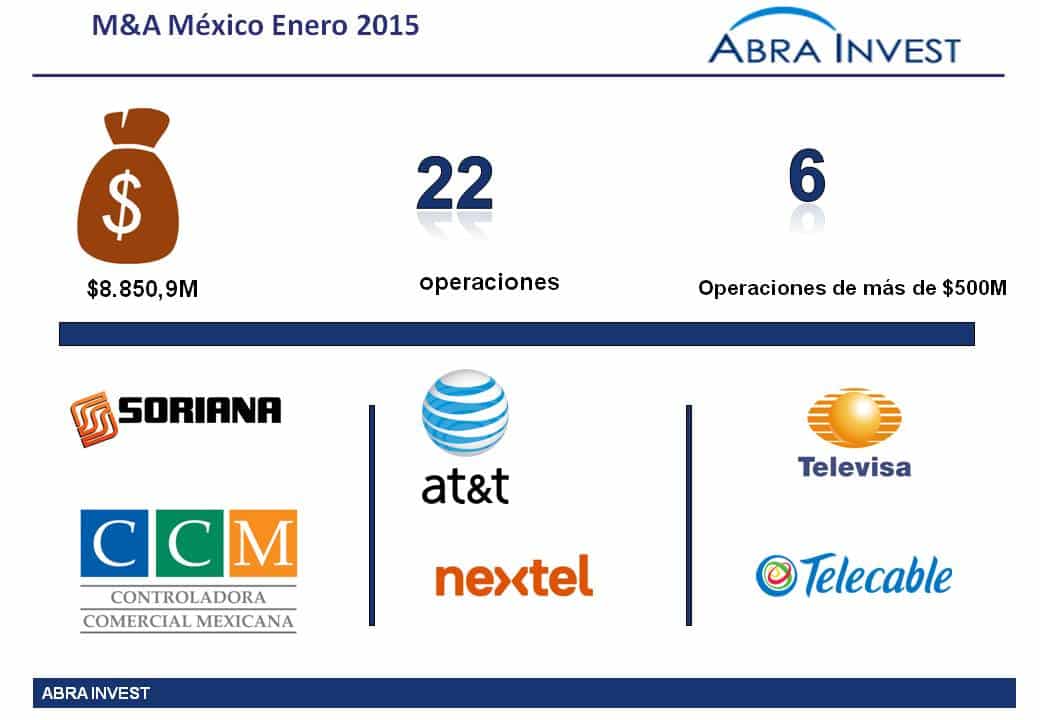 The investment volume in January was $8850.9 M, which is 725% more than the same period last year. This figure is due to the fact that large deals were closed, as the number of transactions this month 22, was lower than the number of deals closed in January 2014.

Among the most important operations we have the distribution segment as the protagonist, Los Soriana supermarkets have acquired Controladora Comercial Mexicana for $2676M.

Another major buyer is the telecommunications company AT&T, which will has purchased from the Mexican subsidiary from NII Holdings, Nextelfor $1,875 M.

After the acquisition of Iusacell for $2.5 billion and Nextel, US-based AT&T becomes the second largest telco in terms of revenues in the Mexican market, ahead of Telefónica-Movistar.

The third major sale and purchase during January was also in the telecommunications sector,  Grupo Televisa has agreed to purchase Cablevisión Red and its commercial brand Telecable for $687 MThe new system is still awaiting approval from the regulatory authorities.