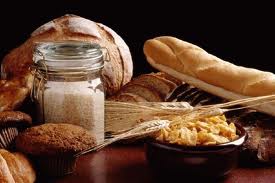 In 2012, in the food sector, there were 5 buy-sell transactions involving venture capital of all types, ranging from restructuring to seed investments.

"Most of the operations have come from situations where the viability of the company was in serious difficulties. The investors involved have been either funds specialised in restructuring, as is the case with Oaktreeor prestigious entrepreneurs in the sector such as Atitlan (Mercadona). The Farga operation has been the best example of expansion looking for an ally with a commercial network to grow abroad with guarantees" explains Diego Gutierrez, an expert in corporate finance at ABRA INVEST.

Panrico: the largest and restructuring operation

Oaktree Capital Management, a private equity firm specialising in corporate rescue, has participated in the acquisition of 56% of Panrico's equity for approximately €100MM, bringing its ownership to 86%.

Farga Group has taken another step forward in its commercial agreement with Mexican businessman Roberto Servitje Achutegui. After sealing, at the end of last year, an alliance for Servitje to export Farggi ice cream to America and Japan, the executive, president and CEO of Grupo Altex, has entered the Farga shareholding by taking a minority stake, according to sources familiar with the operation. The Farga family retains a majority stake in Grupo Farga, but will rely on the resources provided by Servitje to finance its internationalisation plans, which involve taking advantage of Altex's structure in Mexico, the United States and Japan to market its ice cream in these three markets.

There is also room for investment in new business ideas.

Angels Capital (Juan Roig's Venture Capital) partnered a year ago with the former director of Chocolates Valor, Víctor Llinares, to buy the Requena Torre Oria winery from Natra and turn it into the launch pad for a wine export business. The project is called Vintes, an umbrella brand for the wines and cavas made at the winery, and aims to position sparkling wines and wines with designation of origin from Valencia and Requena-Utiel abroad.

Intercross alimentación has also received investment by a business angel group from keiretsu Forum. Intercro is dedicated to the production and distribution of frozen cakes and other specialities. With a clear export orientation, they focus on the Spanish, French, Portuguese and German markets.