The company has received a round led by Inveready, with the aim of consolidating its growth in the European market, focusing on countries such as the UK, Italy, France, Belgium and the Scandinavian market. In parallel to its expansion in Europe, the resources will also support the launch of a new energy consumption analysis tool called Energy Grader.

The platform has been recognised by several industry analysts, such as Verdantix and Navigant Research, as one of the technology leaders in its market.

The company has recently launched a new tool, the Energy Grader, which allows users to make an online analysis of their consumption patterns by answering a few simple questions about the building. In this way, the Big Data analysis engine developed by DEXMA compares their patterns with thousands of similar buildings in their area. Thus, without any prior investment, the customer receives a free report with its level of efficiency and savings potential. 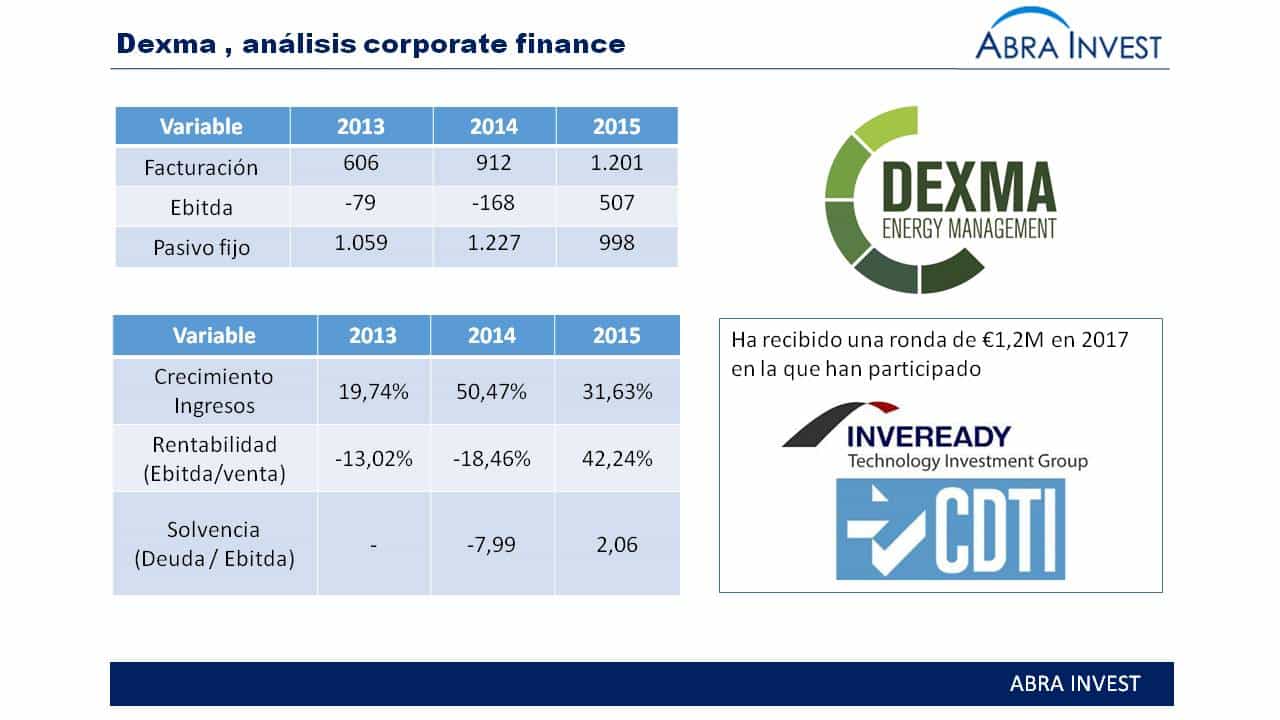 Dexma has been on a growth trend since its first year. In 2015 it had a turnover of €1.2M, which is 31% more than the previous year. Part of its growth has been facilitated by the rounds it has received in the past. In 2009 Dexma received its first small round from Estiriac. It has since received two further rounds of €1M each. Among the investors who backed the company were JME Venture Capital, Boyser SRL y Greg Lee.

Until 2014, although the company's turnover was growing, the company's results were negative, but in 2015 this trend changed and the company managed to achieve a positive ebitda.

The increase in turnover has largely benefited from the opening up of new European countries. In 2015 it exported 27% of its total activity and in 2016 this figure increased to 50%. The United Kingdom, Italy and France are its most important foreign markets.

The round, which has been led by Inveready, will allow the launch and promotion of its new product, "Energy Grader". This product allows with prior information about the location of the building and some of its characteristics as well as the last two energy bills, it is able to determine the level of efficiency and the price of the energy being purchased for the property.

In addition to Inveready, Dexma has secured R&D support funding from the Centre for the Development of Industrial Technology (CDTI) under the Innoglobal call for proposals.

Logtrust, a Spanish big data company, receives a $11M round of investment