The Bionaturis Group continues its growth process through acquisitions and has decided to acquire Zip, specialised in the development of technologies for the production of peptides and recombinant proteins with applications in the biotechnological, pharmaceutical, veterinary and industrial sectors. 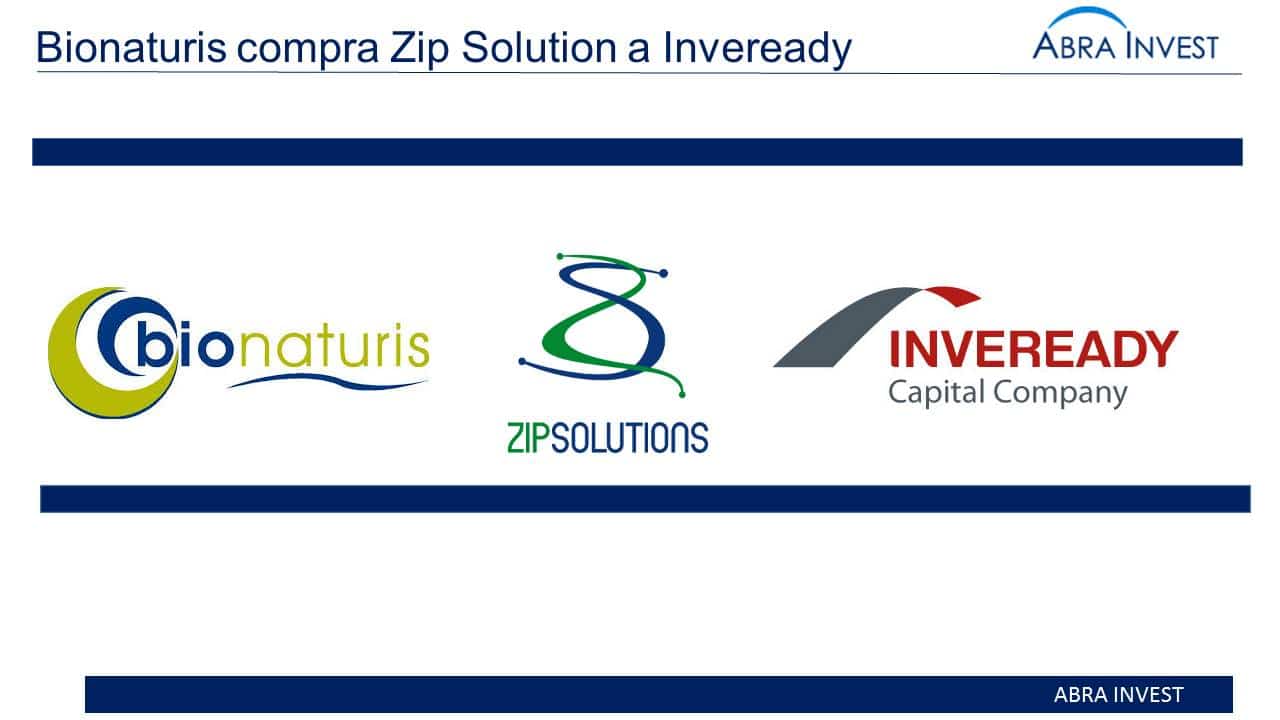 Located in the Research Park of the Universitat Autònoma de Barcelona, Zip has a team of three people and a portfolio of seven patent families. The company markets its proprietary Zera® and Splittera® tools, which facilitate the production and purification of difficult-to-express biological compounds and enhance the production capacity of cellular systems.

ZIP was founded in March 2015 as heir to the assets of Era Biotech, created in 2002 as a spin-off from the CSIC and in which around 13 million euros were invested. The company currently has seven patent families and is valued at 1.6 million euros.

The acquisition, in addition to extending the portfolio of Bionaturiswill help it to position itself in the international market as a reference partner for the development of biological products for human and animal health. Moreover, the entry of the Inveready fund in the parent company's shareholding is a positive point, due to the number of synergies that can be established both from a financial and industrial point of view.

Bionaturis, which is listed on the MAB, has already made several acquisitions in the past.

In 2014 Bionaturis acquired the company BBD BIOPHENIX S.L. (BBD), a company specialised in advanced drug screening systems, located in San Sebastian. Buy BBD BioPhenix has allowed it to increase its portfolio of clients in Europe and the United States, but also to attract new talent to become part of its global project.

In June 2015 it increased capital to finance and undertake the new inorganic growth and international expansion plan.
Other posts that may interest you

Ysios capital participates in $68M round in Kala pharmaceuticals

Investors lose their fear of investing in biotechnology

Analysis of investment in mHealth. Top Doctors doubles its turnover and expects to triple it in 2018.