Aelix and Bionaturis receive funding for the development of vaccines

BY : Diego Gutiérrez | January Thu, 2016
The development of new vaccines is a long and costly process in which it is often difficult to find funding, due to the uncertainty in the sector. However, it is necessary in order to find solutions to improve our health. This week we have learned that two companies active in this sector, Aelix and Bionaturis, have received funding. 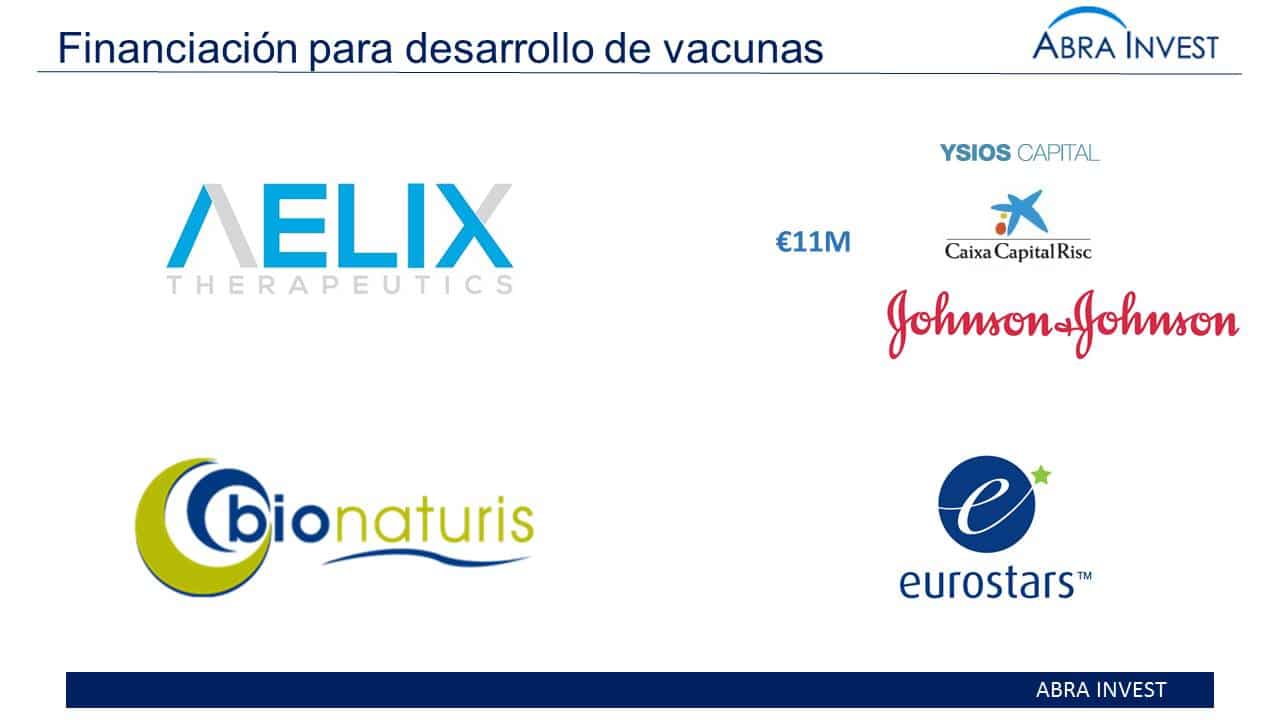 Aelix Therapeutics is a spin off from HIVACATthe Catalan programme for the development of effective vaccines against HIV, integrated within the IrsiCaixa AIDS Research Institute.

Investment has been led by  Ysios BioFund II Innvierte, the second fund managed by Ysios Capital, and has counted with the participation of Caixa Capital Risc, the division of capital risk of "la Caixa", and Johnson and Johnson Innovation - JJDC Inc., an international corporate investor.

"The incorporation of international corporate partners with expertise in virology and vaccines is a great advantage for Aelix, which, in addition to being funded, will benefit from the knowledge provided by these corporations," says Diego Gutierrez of Aelix. Abra-Invest.

The funds raised will be used to complete the team and advance the development of its lead product, the HTI immunogen, as a therapeutic vaccine for the treatment of HIV infection. Clinical trials will begin at the end of 2016 with a study safety studies in people who do not carry the virus, and will subsequently include efficacy studies in infected patients.

This is Aelix Therapeutics' first round, with which it expects to cover its financial needs until 2019. Once the results are known, several options will be opened up, such as "a new capital increase or an alliance with a large pharmaceutical company that will allow the product to be distributed to other countries through its logistics and sales network", explains Jordi Naval.

Bionatoris has received €18,4846 under the European Eurostars programme for participation in the CerviPro initiative, which develops a cost-effective vaccine to treat cervical cancer in developing countries. The initiative is led by the German company BioEnergy GmbH & Consultant and also involves the German Cancer Research Center.

With this project, Bionaturis Group participates in an alternative strategy to produce the drug in a cost-effective way making it accessible to the regions where it is most needed. Within the project, the Bionaturis Group will be in charge of the development of the purification of the vaccine as well as its analytical characterisation.

If you are looking for financing, please contact us. Abra-Invest has an expert team of alternative financing experts at your disposal. Call us on + 34 946424142 or fill in the contact form.